If there's an Afterlife With Archie crossover, I'm sold. 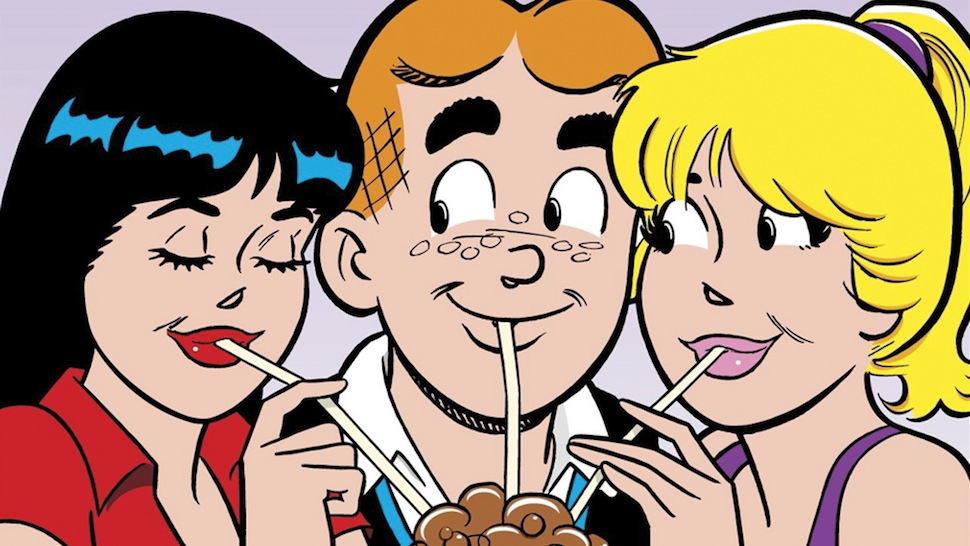 Archie Andrews, where are you? On FOX, apparently! Comic Book Resources reports that Archie Comics Chief Creative Officer Roberto Aguirre-Sacasa and The Flash and Arrow executive producer Greg Berlanti are hard at work on Riverdale, a one-hour live-action drama based on Archie and the Gang.

According to the press release,

“Riverdale” offers a bold, subversive take on Archie, Betty, Veronica, and their friends, exploring the surrealistic twists of small-town life plus the darkness and weirdness bubbling beneath Riverdale’s wholesome facade. Set in the present in the small fictional town of Riverdale, New York. The show will focus on the eternal love triangle of Archie Andrews, girl-next-door Betty Cooper, and rich socialite Veronica Lodge, and will include the entire cast of characters from the comic books—including Archie’s rival, Reggie Mantle, and his slacker best friend, Jughead Jones. Popular gay character Kevin Keller will also play a pivotal role. In addition to the core cast, “Riverdale” will introduce other characters from Archie Comics’ expansive library, including Josie and the Pussycats.

Jeepers! Listen, you can bemoan television’s lack of original ideas all you want, but I for one am super excited about Riverdale. A good, old-fashioned Warner Bros. teen drama with better representation than many shows, a Twin Peaks-esque twist, plus Josie and the freaking Pussycats? Heck yes.

CBR notes that Riverdale has a script deal plus penalty, meaning it’s in FOX’s best interests to actually let the show see the light of day. Now to let the fan-casting begin! Any favorites for carrot top?