Gendered Toy Categories Disappear From Amazon.com Sidebar, Giving Us Hope for the Future 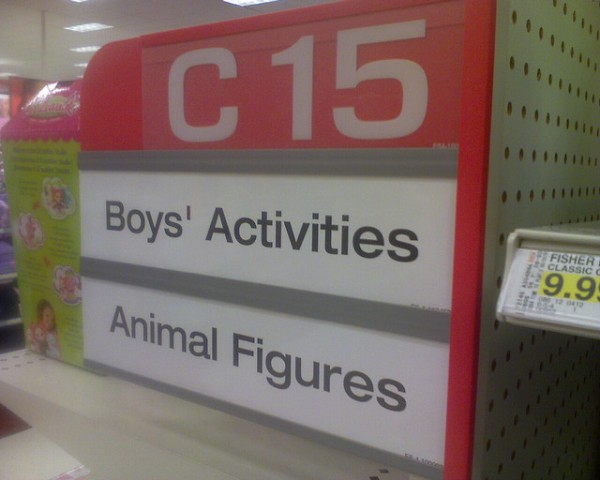 We give toy and clothing companies a lot of grief for making gender-biased product decisions, but they’re not the only part of the consumer pipeline that has a role in the problem. Retailers divide toys up between “boys’ toys” and “girls’ toys” rather thoroughly, but it looks like Amazon might be getting out of the tell-kids-how-to-play game.

The site hasn’t done away with its toy gender categories completely, but users have noticed that when shopping for “Toys & Games,” the sidebar categories for “boys” and “girls” have gone missing. However, the categories still exist through links at the top of the toy department page, so it’s unclear at this point why they were removed from the sidebar.

Of course, there’s always the easy explanation that the sidebar options were redundant since the categories are accessible through other means, but we’re holding out hope that it’s part of a slow phase-out for Amazon. There are already much more effective categories to choose from anyway like age and price ranges or “action figures” and “arts & crafts,” so maybe they’re seeing if anyone notices or cares about the omission of the gendered categories before removing it further.

“@hautekiet: How to tell if a toy is for boys or girls: a guide (foto via https://t.co/SHzoiYN47F) pic.twitter.com/W2imRUcng5” @GOSHHmw #gender

We’ve reached out to Amazon to hopefully clear up the reasoning and will update this post when we receive a response.

(via Gizmodo, image via Kevin Mullet)