Amazon Thinks You Should Cash in on That Fan Fiction, Meet “Kindle Worlds”

Writing fan fiction used to be completely pointless, but Amazon wants to help you cash in with their new Kindle Worlds service. 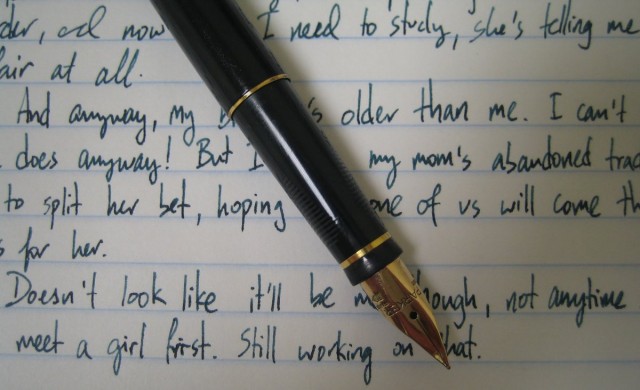 Fan fiction is something that I never understood. Why put all the effort into writing something that you can never have published because you don’t own the rights? That’s not a problem anymore. Amazon just announced Kindle Worlds — a publishing platform that lets anyone publish content set in licensed worlds. I’m going to write so much Pretty Little Liars fan fiction.

There is no shortage of fan fiction on the Internet, but until now there’s been no way to monetize it because of copyright and intellectual property laws. Kindle Worlds is genius because it lets fans play in their favorite fictional universe and actually get rewarded for their efforts, but it also pays the people who created that universe in the first place.

Standard Kindle royalty rates will be applied to Worlds. Works over 10,000 words long will receive 35% of the profits with the rest being split between Amazon and the original rights holders. Shorter works between 5,000 and 10,000 works will receive 20% under a new pilot program that Amazon is launching with Worlds.

Right now it’s unclear just how many and which properties Amazon is going to have locked up, but at the moment they’ve mentioned Gossip Girl, Vampire Diaries, and Pretty Little Liars. They’ll be announcing more properties soon, and I really hope they get the rights to The A-Team.

Not that I’m particularly excited by any of the three announced properties, but I imagine there are plenty people drooling over the idea of cashing in on their Vampire Diaries fan fiction. Amazon does have standards though, and there are guidelines for what will and will not fly in Kindle Worlds. The most notable being that you can’t publish your weird slash fiction, or other offensive content.

I took it to mean Amazon doesn’t want to publish your terrible fan faction.

Writers also can’t use other copyrighted material in the work, make excessive references to specific brands, or write crossover stories. They’re not specific about whether or not that includes a crossover between properties they’re licensing like a Pretty Little Gossip Vampire story, but since that would probably make dividing profits more confusing — and be terrible — it’s a safe bet it’s not allowed.

Since all three announced properties come from Alloy Entertainment we’ll probably see a few more titles from the company when Amazon announces more licensed properties. Besides the three mentioned, they also publish Sisterhood of the Traveling Pants, The Clique, The Lying Game, Private, and more titles I’m unfamiliar with because I’m a 30-year-old man.

Seriously though, Amazon. Please lock up the rights to The A-Team. I have a great Mr. T origin story ready to go.

(Amazon via TechCrunch, image via churl)