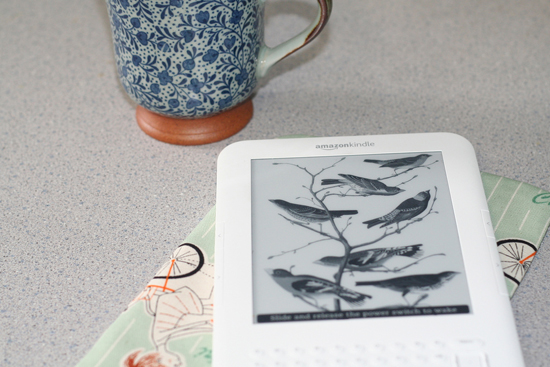 Digital rights management, often referred to as simply DRM, is the all-encompassing term used for just about anything that’s meant to combat online piracy. Part of the greater DRM schema is the current business model that most digital distribution sales actually only license out their content. This can lead to some odd situations. For example, Amazon recently wiped a woman’s Kindle and closed her account, because the company had determined her account was “directly related” to an account that had been closed by the online retailer before. When asked to clarify, Amazon merely reiterated their stance.

Due to the way eBooks are handled by the company, it’s almost certain that they’re well within their rights to perform exactly this kind of action. It’s not something they’ve only now started doing, but it highlights the dangers of our overly vigilant technological society. Now that Amazon has associated this woman’s account with a previous violator, there’s no chance of her breaking past the veil of vaguely-worded explanations and apologies.

Martin Bekkelund‘s blog details the exact correspondence between the woman, named Linn, and an Amazon representative named Michael Murphy. Here’s the basic gist of what Murphy continues to say regardless of what Linn responds:

We have found your account is directly related to another which has been previously closed for abuse of our policies. As such, your Amazon.co.uk account has been closed and any open orders have been cancelled.

Any direct questions about how her account could have been associated with a violator’s are evaded, and Murphy’s perfectly happy to continue spouting the above aforementioned reason without any substantial differentiation. In some ways, this is understandable. Amazon’s not about to divulge how they decide which accounts to close. Even so, it’s not like there’s no such thing as a false positive.

This is the current state of things, though. Best hope that Amazon never finds “your account is directly related to another which has been previously closed,” or you might not like what happens next.