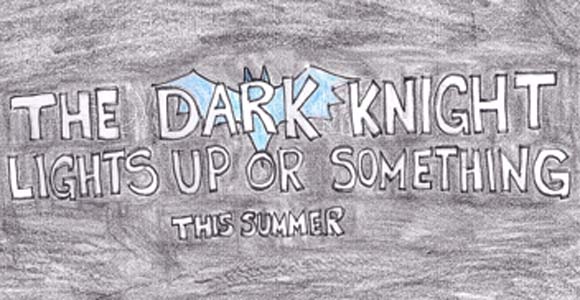 Editor’s Note: Earlier this week we brought you a quote from radio host Rush Limbaugh in which he waxed not-so-poetically about Christopher Nolan’s The Dark Knight Rises. He discussed the notion floating around that the Chuck Dixon-created Bane from DC Comics, played by Tom Hardy in the film, is tangentially related to Mitt Romney’s Bain Capital. It’s not but it’s certainly making for some good jokes. Here now is our lovely, crayon-doodling, reviewer Amanda LaPergola giving her take on it all.

We live in a world full of varying perspectives, cultures, and opinions. Our differences are what make us interesting as a species. After all, a salad is not a salad if it’s just lettuce.  Or maybe it is from your point of view. That’s okay, too. Maybe you want some tomatoes, cucumbers, onions and dressing on your salad. Maybe your upbringing has instilled a deep-seated anti-salad bias in your psyche. Maybe you just want soup.

The point is, we will never agree on everything all the time, and the following illustration is not meant to discredit one school of thought or champion another. I just thought it would be really fun to draw out a hypothetical movie as described by Limbaugh in that one ridiculous quote of his about The Dark Knight Rises.  Please enjoy it in the spirit in which it was intended, and may you enjoy the appetizer of your choosing. 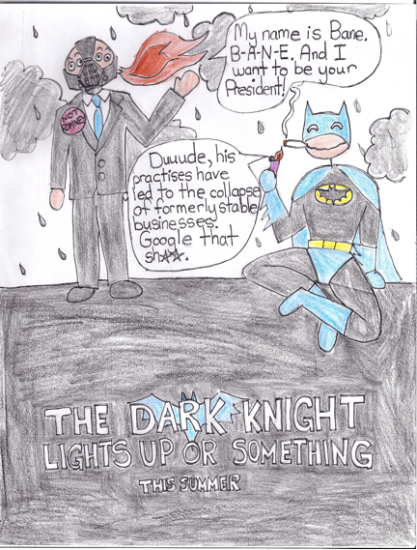