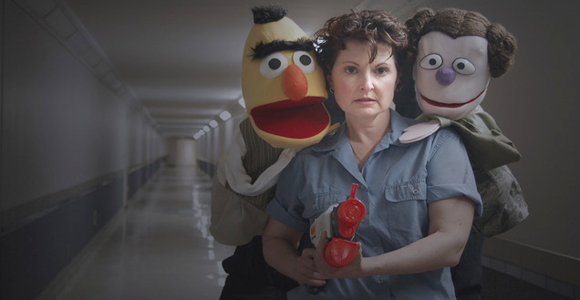 Science-fiction is fun, but poking fun at science-fiction can also be fun. Just look at Spaceballs! Well one Salt Lake City performance group has taken it up a notch. Meat & Potato Theater have created Aliens (The Puppet Musical). It’s completely out of this world.

According to Meat & Potato’s website the show is, “Oozing with characters from Snake Plissken to Optimus Prime, from Bert to Ernie, and from Alf to Lady Gaga! Festering with hundreds of references to other science fiction movies!”

The Salt Lake City Tribune recently did an interview with the creators and cast. Tobin Atkison, artistic director of Meat & Potato, and his wife Marynell Hinton, co-wrote the script and lyrics to Aliens (The Puppet Musical). “No one does sci-fi onstage,” Atkinson told them. “That seemed good enough reason to do it in the first place.”

According to SLCT, “This story — Ellen Ripley’s hero’s journey to slay slimy space creatures and fulfill maternal instincts protecting an orphaned girl — is powerful enough to overpower audience objections to mixing it all up with a full cast of puppets, a few water guns and a romping soundtrack of eight original songs. That said, while the sheer novelty of the enterprise may be enough to draw an audience through curiosity alone, he wants the production to speak for itself by the final curtain.” 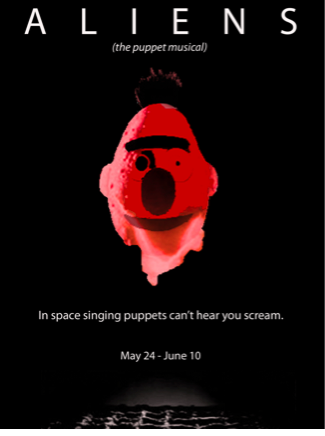 For the show, Meat & Potato use the plot of James Cameron’s Aliens as a base and then go off in lots of different directions.”As for the alien itself, you’ll know the queen mother has arrived when strains of opera singing hit the air,” writes SLCT. The only non-puppet actor in the show is Rebecca Marcotte, who plays Ripley.

“There’s not an actress out there who doesn’t wish she could play Ripley,” Marcotte, who saw Aliens 15 times as a teen, said. “They hadn’t even written it yet, and I was in.”

“She also saw the original 1979 film, Alien directed by Ridley Scott, enough times to seal Sigourney Weaver forever in her soul as the iconic representation of Ripley’s fierce spirit,” according to SLCT. “I’m a recovering nerd that way,” she said.

Meat & Potato Theater are a non-profit organization who try to keep ticket prices affordable to entice younger audiences, but do rely heavily on donations to keep everything running. You can find out more about them on their official site or on Facebook.

(via The Salt Lake Tribune)