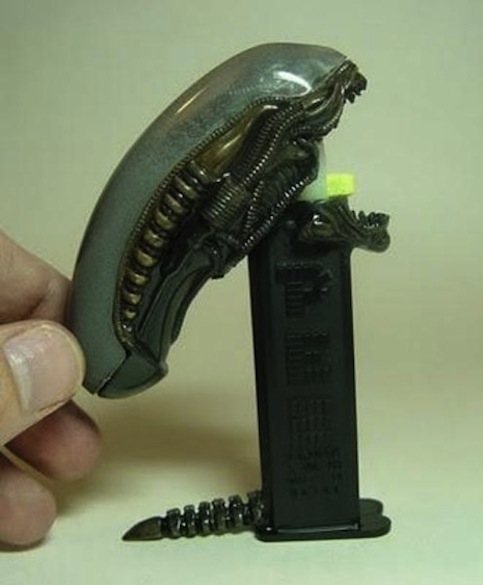 I know, I know there’s no practical way for this PEZ dispenser to have another, tiny PEZ dispenser head that extends when you open it, offering tiny PEZ, but rationality has nothing to do with my desire for an Alien Queen PEZ dispenser.