If Alfred Was a Playable Character in Arkham City 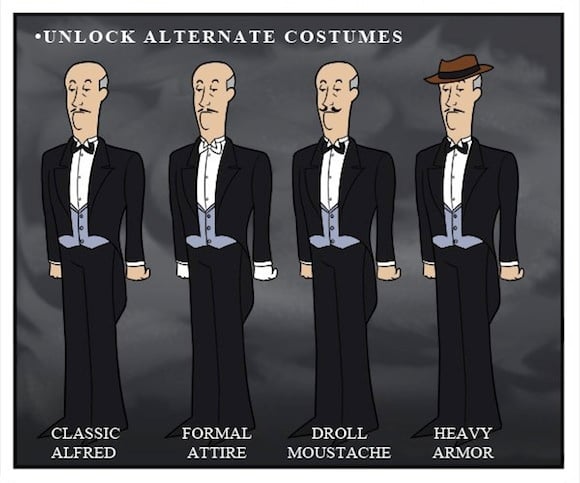 There’s plenty more to Dorkly‘s depiction of the deep gameplay potential inherent in the Caped Crusader’s gentleman’s gentleman.  This was just our favorite one, as people who spent far too many minutes pouring over forum threads trying to figure out exactly what hoops we’d have to jump through in order to get the Batman: Animated skins. See the whole comic behind the jump.

This is an exaggeration. The only thing that happens when Alfred leaves food out in the batcave is that Batman forgets to eat it because he’s getting to involved in a case.

Sometimes it gets eaten by the son of Man-Bat who has run away from home and is secretly living in the cave, but that’s just me being a huge Batman nerd.