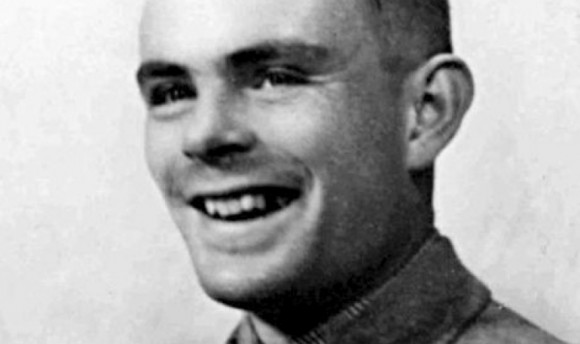 Stephen Hawking and other notable scientists have asked the British government to grant an official posthumous pardon to Alan Turing, the mathematician and code-breaker whose contributions to the Allied victory in World War II were followed up by a conviction for homosexuality. Turing was given the choice between imprisonment and a hormonal treatment better known as “chemical castration,” and after a year of enduring the latter he committed suicide by eating an apple laced with cyanide.

Though then-Prime Minister Gordon Brown officially apologized on behalf of the British government for Turing’s treatment back in 2009, Turing’s “crime” has never been pardoned. Writes Hawking and ten other signatories (among them the delightfully named Baroness Trumpington, who worked for Turing during WWII), “successive governments seem incapable of forgiving his conviction for the then crime of being a homosexual. We urge the Prime Minister to exercise his authority and formally forgive the iconic British hero.”

There has been some pushback to this suggestion; a previous request to formally pardon Turing was denied because, to quote one Lord McNally, Turing “was properly convicted of what at the time was a criminal offence.” Which, OK, that’s true. But it’s also semantics. If the government wanted to pardon Turing, they easily could.

Some people see the idea of a posthumous pardon as pointless. He’s already dead, it’s not like the pardon can help him! It’s a waste of time and resources. I don’t agree with that for several reasons, but the main one is that governments are always wasting time and resources—maybe it’s overly cynical of me, but that’s what they do—so what’s so awful about doing it in a way that sends a good message?

Lord Grade, who drafted the letter, said he hoped the Prime Minister would use his own authority to pardon Turing, claiming his “brutal” treatment was “something we as a country should be ashamed of”.

He claimed ministers had so far avoided pardoning Turing because they did not want to set a precedent, but said there was no reason why everyone historically convicted of homosexuality should not be pardoned.

The government this year introduced legislation allowing people previously convicted of homosexuality to have the offence removed from their criminal record.

Even if that legislation doesn’t pass, I see no reason why Turing shouldn’t be singled out for a pardon. Says Lord Grade, “I do not think anybody would object [to granting a pardon]. Any right-minded citizen of this country ought to be keen to see a hero recognised.”

I’m not sure I have enough faith in humanity to agree with that, but it’d sure be nice.

(The Telegraph, via BoingBoing)