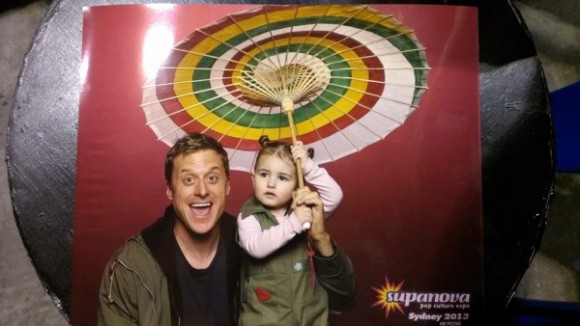 Sarah dressed her Kylara up for Supanova Sydney, and managed to get this incredible photo out of it, where Alan Tudyk is appropriately delighted, and Kylara is all “Dude, that is my umbrella.” There are more pictures of Kylara’s costume at Fashionably Geek.