Alan Moore on Women and Comics 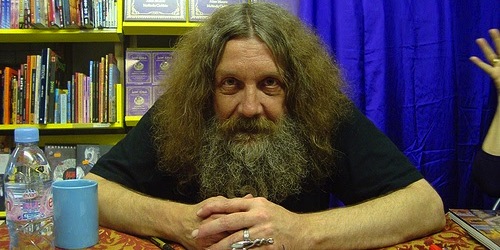 The Independent published an interview with Alan Moore yesterday, and asked him about what everybody in the comics industry is getting asked these days: women. Specifically, about how to get more women to read comics. Moore could only speak from his twenty or thirty-odd years of experience:

I thought, well if you do more stories that are aimed at women, you’ll get more women reading the comics. It would seem fairly simple and straightforward, but there was a lot of resistance [to the idea].

Just to make sure we’re all on the same page, Moore is talking about the process behind getting The Ballad of Halo Jones made, a story that was published in 1984.

For a long while, my thinking on it completely hit a wall… so I was thinking of getting a man to draw this big, sexual book, and it just never felt right. It would have inevitably led to a locker-room atmosphere; it would have been men’s idea of women rather than women’s ideas of themselves. With the best will in the world.

His solution? Naturally, collaborate with artist Melinda Gebbie on getting Lost Girls to print. Want to make comics that appeal to women? Involve women in their creation. Like he says: “it would seem fairly simple and straightforward.”

(The Independent via The Beat.)