Alan Moore Set to Retire From Comics, But Not Before the “250 Pages of Comics Left” In Him 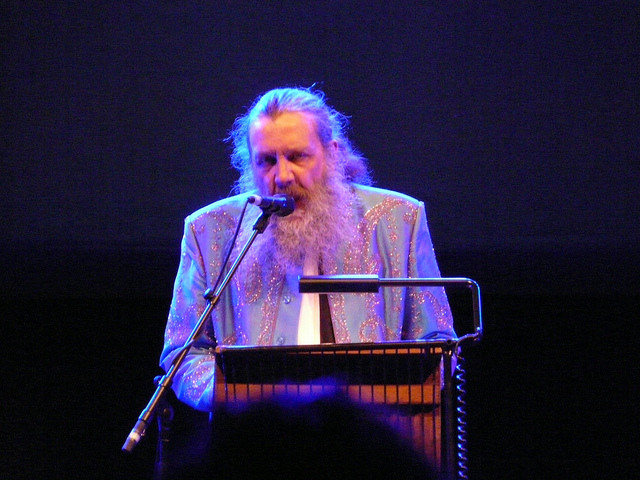 Alan Moore is one of the most revolutionary, as well as one of the most controversial, creators in comics. From innovative stories that changed the medium like Watchmen, to stories that shift the way we think about a character, like his run on Swamp Thing — and yes, *sigh*, The Killing Joke — Moore has been entertaining and challenging comics readers since the early 1980s. Now, he thinks he’s just about done.

As reported by CBR.com, Moore discussed the fact of his impending retirement at a press conference in support of his latest novel Jerusalem, which is set for release next week. He’s not retiring immediately, but definitely has his final projects in mind (and already in the works), saying he has “about 250 pages of comics left” in him, and definitely sees the clock winding down.

“There are a couple of issues of an Avatar [Press] book that I am doing at the moment,” he said. “[P]art of the HP Lovecraft work I’ve been working on recently. Me and Kevin [O’Neil] will be finishing Cinema Purgatorio, and we’ve got about one more book, a final book of League of Extraordinary Gentlemen to complete. After that, although I may do the odd little comics piece at some point in the future, I am pretty much done with comics.”

According to The Guardian, Moore said that a big part of his decision had to do with his wanting to get out of the medium before his ideas got stale, saying “I think I have done enough for comics. I’ve done all that I can. I think if I were to continue to work in comics, inevitably the ideas would suffer, inevitably you’d start to see me retread old ground and I think both you and I probably deserve something better than that.”

However, that doesn’t mean that we’re done with Alan Moore, the storyteller. While he’s retiring from comics, he plans on challenging us in different mediums. Like film, where “I haven’t got a clue what I am doing.” Or literary novels like Jerusalem, which clocks in at a whopping one million words (for reference, War and Peace has around 560,000 words), that “I wasn’t sure I’d even have the stamina to finish.” It seems that, in addition to challenging readers, his primary interest is in challenging himself.

Moore’s work has been problematic at times, and very definitely a product of their times, but there is no question that he has told some of the most innovative stories the comics industry has ever known and changed the game in a way that continues to influence creators today. While I’m glad that we’ll be getting a last League of Extraordinary Gentlemen, and that Moore seems to be going out on work that makes him proud, I agree that it may be time for him to explore other storytelling avenues.