When the moon hits your eye like a big pizza pie, that's a Moore-ay! 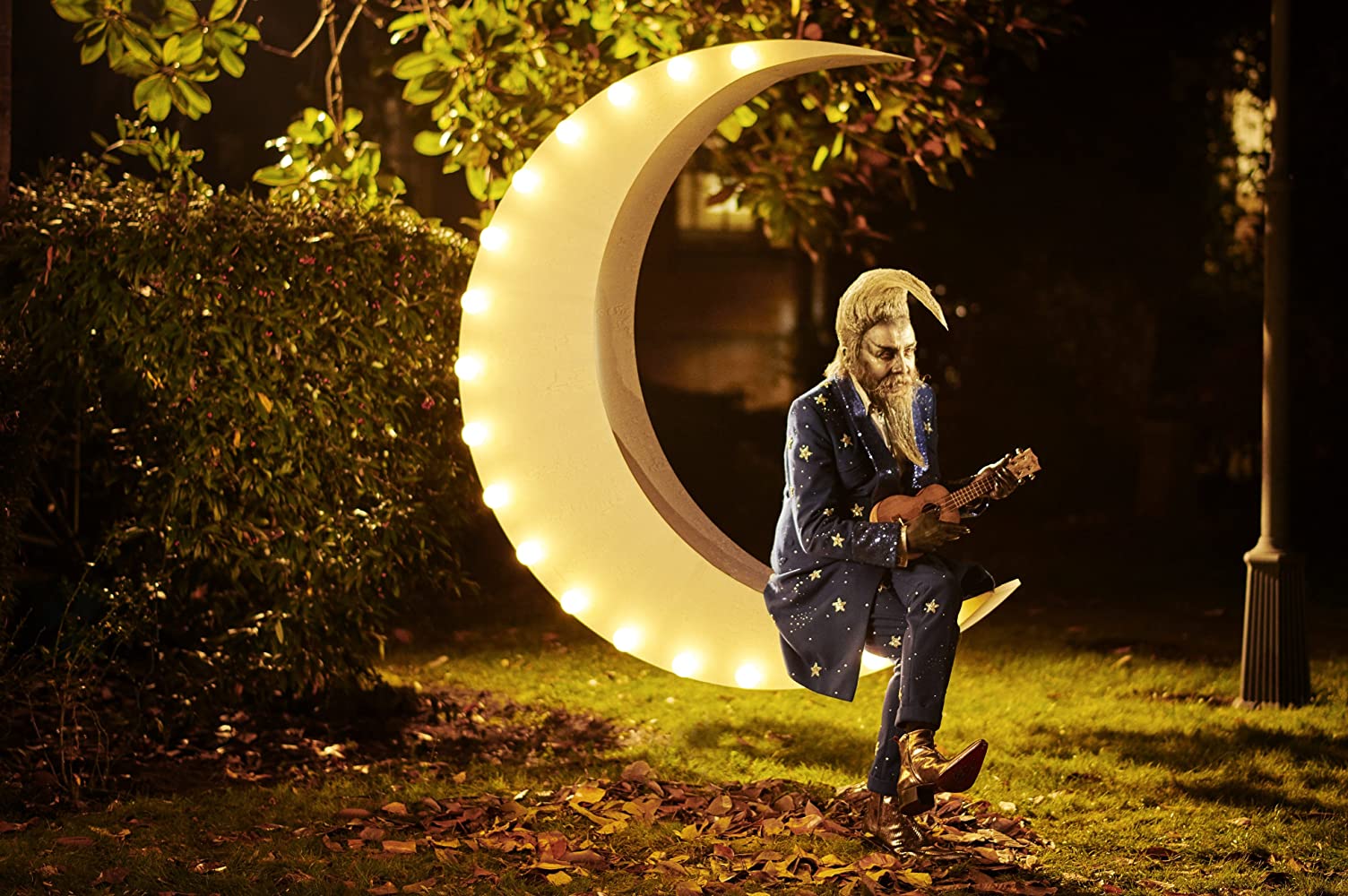 Well how about that! Notorious, cranky wizard Alan Moore dropped a big ol’ glitter bomb on us with the release of the trailer for his new film The Show.

That’s right. The legendary comic book author widely known for hating all film adaptations of his work has made his very own movie. And he’s starring in it! Or, mooning in it, I should say? Covered in glitter and eye makeup reminiscent of Aladdin Sane-era David Bowie, and with his iconic long hair and beard forked into a crescent moon shape, Moore strums the ukulele, and … well honestly, this is what I imagine he does every night at home while communing with the dark forces he summons.

Demons enjoy some light entertainment too, after all. But I am here for it.

Directed by Mitch Jenkins, The Show is a follow up to Show Pieces, a series of shorts created by Jenkins and Moore back in 2014. The story follows Fletcher Dennis (Tom Burke), a mysterious and dangerous man who has just arrived in Northampton. According to the official press release, he:

…arrives at England’s broken heart, a haunted midlands town that has collapsed to a black hole of dreams, only to find that this new territory is at least as strange and dangerous as he is. Attempting to locate a certain person and a certain artefact for his insistent client, he finds himself sinking in a quicksand twilight world of dead Lotharios, comatose sleeping beauties, Voodoo gangsters, masked adventurers, unlikely 1930s private eyes and violent chiaroscuro women…and this is Northampton when it’s still awake. Once the town closes its eyes there is another world entirely going on beneath the twitching lids, a world of glittering and sinister delirium much worse than any social or economic devastation. Welcome to the British nightmare, with its gorgeous flesh, its tinsel and its luminous light-entertainment monsters; its hallucinatory austerity.

We’ve got magic. We’ve got danger. We’ve got seedy characters and creepy clowns. Yup. That is one hundred percent Moore. This is also his first original feature-length screenplay, and it looks totally buck-wild and anti-establishment, which means you know it’s been channeled straight from his brain to the screen. “Delirium” is the word of 2020, after all! It also stars Siobhan Hewlett, Ellie Bamber, Darrell D’Silva, Richard Dillane, Christopher Fairbank, and Sheila Atim.

The Show will premiere at the Sitges Film Festival on October 12.