But so far they only made offers he could refuse. 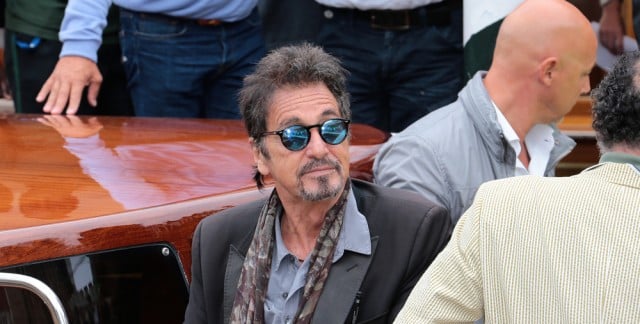 So, who should Al Pacino play in the Marvel Universe? Mephisto? Voice of Dormammu? Somebody in the Daredevil series?

In September, the Internet was somewhat surprised to hear Al Pacino express his public affection for Guardians of the Galaxy. The actor had accompanied his children to the theater expecting to tune his brain out a bit, but wound up pleasantly surprised with the movie, calling it “ingenious,” saying that he’d become entirely caught up in it and he’d be open to talking with Marvel about joining the Cinematic Universe. It’s fair to say that the unexpected crossover from the Hollywood of The Godfather and Serpico to the Hollywood of big budget action blockbuster was what tickled a lot of folks interests. Everybody likes to have their favorite “low-brow” past time supported by somebody from the high brow.

But Pacino seems just the tiniest bit indignant about it, in a refreshing way: “Why wouldn’t I like a movie like that?” he told Josh Horowitz’s on the latter’s Happy Sad Confused podcast. “Why wouldn’t I appreciate a movie like that?” I’m not necessarily going to be in it, but at the same time, there’s value to it, and you can see it.” More than that, the Pacino confirmed that he’s sat down with Marvel Studios president Kevin Feige, which certainly opens the door to the veteran actor joining the Marvel universe, even though nothing’s been floated yet. For the moment, it seems like it was mostly a meet and greet. Pacino said of the conversation: “I would imagine either there’s something he feels is right for me, or…” before he was interrupted by a ringing phone.

Maybe he could play Star-Lord’s dad?