Agent Coulson on the Cover of Time Magazine 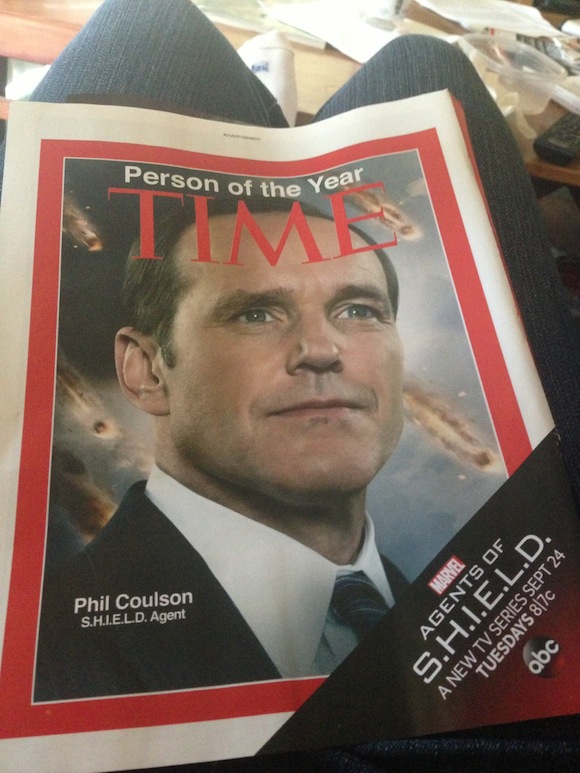 Well, technically he’s on the back cover (according to PPYAJuneBug on Tumblr), in an ad for Agents of SHIELD, but, good gag Marvel PR. Good gag.