Set Your Conspiracy Generators to Eleven: Pivotal Scene in The Avengers Edited for DVD

That’s right: it’s that pivotal scene from The Avengers, you know, the one that everybody is half-expecting them to retcon or in some way show to be, well, not the entire story? Agent Phil Coulson’s death scene.

Now, I’m going to level with you. It’s very likely these edits were made with an eye towards the censorship of violence for a non-American market, not because of an attempt to make Coulson look less injured in order to make his continued existence look more likely when it is eventually revealed. And I’m fully aware that creating greater awareness of the edit will only serve to fuel the conspiracy theories about Coulson’s resurrection, but you know what? I don’t care.

Because this sort of conspiracy theory, born out of love for a character, is what fandom is all about. Rock on, Coulson believers.

But I should probably talk about the actual edits, right? Well, today Marvel Avengers Assemble was released on DVD in the UK. Not ringing a bell? That’s the name The Avengers goes by on the other side of the pond. And, according to Bleeding Cool, there’s one significant difference to Coulson’s death scene. Which is to say, Loki skips the followthrough.

Here’s what the theatrical version (the American DVD version) looks like: 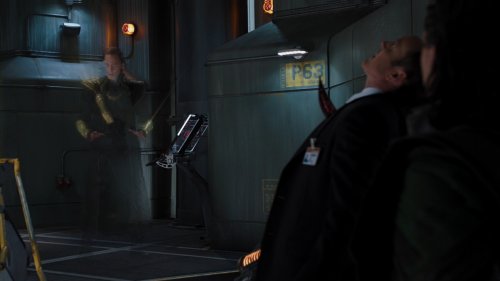 And here’s the one in the UK DVDs: 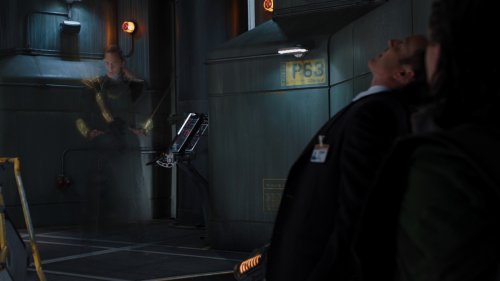 Look, good followthrough is important in the execution of anything, whether it’s a foul shot, a round house kick, or meddlesome human cattle. You can’t just stop once you’ve pierced the heart. The real reason for this edit remains to be seen, since the DVD’s maturity rating is the same as the theatrical release of the film. And that’s reason enough (or rather, not enough) to fuel plenty of idle speculation.