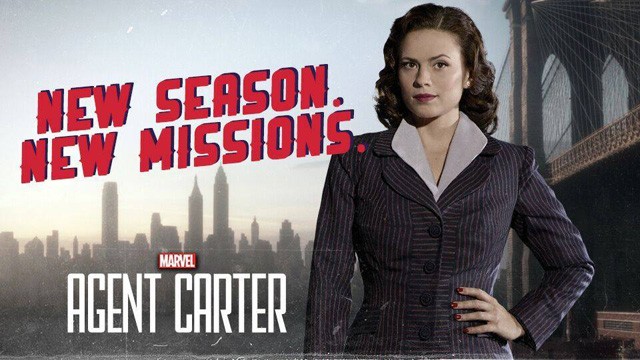 Because one awesome Marvel lady wasn’t enough this week (Jessica Jones premieres on Friday in case you somehow didn’t know what I was getting at), we’ve got our first look at Peggy Carter in Agent Carter‘s second season and its premiere date!

You can see Peggy (Hayley Atwell) pictured above, guarding New York City to make sure it’s still around to protect when those Avengers finally get their act together in the future, and then take a look below for the first shot of her in action from Marvel. What is she up to? Those palm trees are LA, I guess? What twists and turns will the new season take? How is she hovering over the waters of the East River for that promo pic? Has she mastered the art of flight powered by pure fandom? All of these questions (well, maybe not all) and more will be answered when the show returns on Tuesday, January 5 at 9PM. 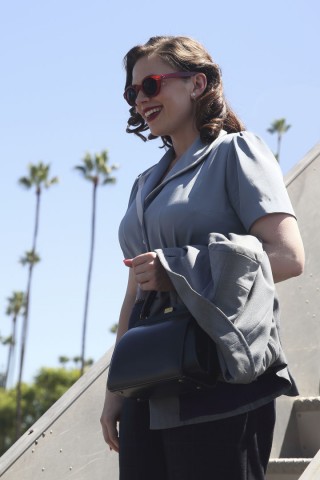 Here’s Marvel’s synopsis of what you can expect from season 2:

“Marvel’s Agent Carter” returns for a second season of adventure and intrigue, starring Hayley Atwell in the titular role of the unstoppable agent for the SSR (Strategic Scientific Reserve). Dedicated to the fight against new Atomic Age threats in the wake of World War II, Peggy must now journey from New York City to Los Angeles for her most dangerous assignment yet. But even as she discovers new friends, a new home—and perhaps even a new love—she’s about to find out that the bright lights of the post-war Hollywood mask a more sinister threat to everyone she is sworn to protect.