Agatha Christie May Have Been a Groundbreaking Female Surfer 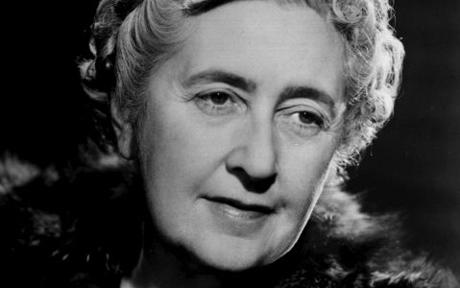 Agatha Christie: suspense writer, Vespiform conqueror … die-hard surfer? That’s what Pete Robinson, founder of the Museum of British Surfing, has new research saying that Christie and her first husband, Archie, were among the first Britons to master surfing while standing up. Christie herself may have been the first woman to try it, or at least among the first women. And she was serious about earning her cred. Her shred cred, if you will.

Robinson says that Christie’s introduction to surfing began when in 1922, Archie was hired to organize a world tour for the British Empire Exhibition. Their travels took them first to South Africa. There, they started learning prone surfing, which Christie seemed to enjoy, except for the times it was “occasionally painful as you took a nosedive down into the sand.”

After the couple found their passion for surfing, they continued on to Hawaii, where they dabbled in surfing standing up, something that was rare at the time for those not from Hawaii. While not the first Britons to try this aspect of the sport — Prince Edward was a fan — Agatha Christie was one of the first women to try it. And she was serious about it! She wrote in her autobiography:

“I learned to become expert –- or at any rate expert from the European point of view -– the moment of complete triumph on the day that I kept my balance and came right into shore standing upright on my board!”

She also discusses her swimsuit, “A wonderful, skimpy emerald green wool bathing dress, which was the joy of my life, and in which I thought I looked remarkably well!”

Well, this totally explains what she was really doing during those 11 days she went missing, doesn’t it? Hanging 10, dudes and dudettes.