Teaser Trailer for M. Night Shyamalan’s After Earth is an Alternative History on Facebook 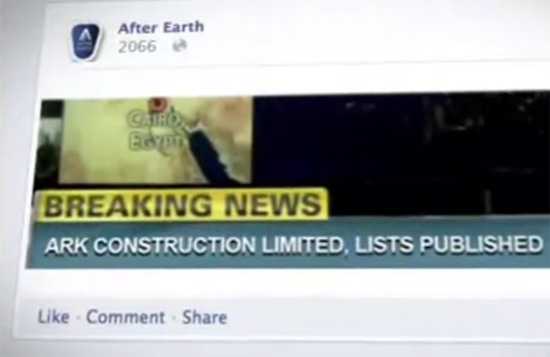 According to Wikipedia, the movie will star Will Smith and his son Jaden as father and son Cypher and Kitai Raige. The new trailer hints at the Raige family’s origins, and how they led the evacuation of humanity from the burnt-out husk of the Earth. The story, reportedly, will focus on events after this off-world migration where circumstances lead estranged Earthlings back on good ol’ Earth.

It’s an interesting concept, but Shyamalan’s reputation certainly does give one pause. As far as the teaser goes I am not too impressed by the Facebook gimmick. I’m willing to give the movie a chance, but this viral marketing is going to have to up its game.

(After Earth via ComingSoon)