The Unseen Effects of Affirmative Action For Women at MIT 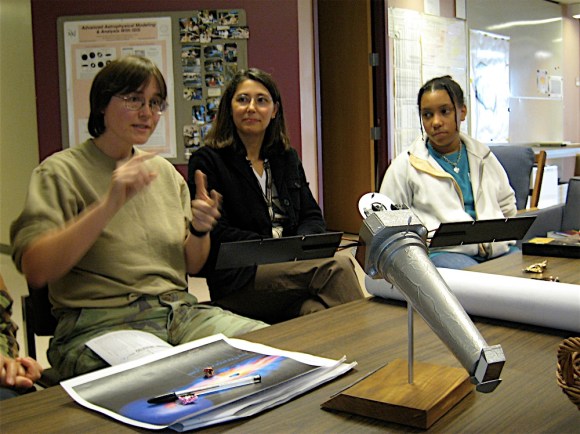 In 1999, MIT was proven to have been discriminating against female professors in “subtle but pervasive ways,” and since then more efforts were made to recruit women to the faculty. And they were successful — the number of women in the faculty and staff have doubled, salaries are equal to those of men, and the amount of lab space and resources has been evened out. But this success has come with some predictable, and some unforeseen reactions.

People (generally men) who are bull-headed against affirmative action believe that standards are lowered when widening the field to women. However, this was not the case at MIT because of the women:

“No one is getting tenure for diversity reasons, because the women themselves feel so strongly that the standards have to be maintained,” [Marc A. Kastner, the dean of the School of Science] said.

And the actions taken by MIT have resulted in women being given opportunities they had previously been closed off to:

MIT has gone out of its way to overhaul its atmosphere of gender equality, and the resulting achievements in its faculty and staff are nothing to sneeze at. And they can’t be held responsible for changing the attitudes of society as a whole, even while they wait for their own community to catch up to itself.

For example: family leave — for a long time, women feared that wanting to have children and start a family would derail their possibilities for tenure. So, MIT made it policy to provide “a yearlong pause in the tenure clock,” an entire term to care for and bond with their new child, and childcare on campus and during business travel.

This is wonderful. This is excellent. Because while many women choose to pursue a lifestyle that puts extra focus on their careers, some of those women also want children. So, this move was wonderfully accommodating and reassuring. Motherhood and professional success are no longer mutually exclusive, at least not at MIT.

However, these women are then often asked to participate in panels about work-life balance. As if mothers were the only ones losing sleep at night, trying to get their children ready for school in the morning, and making time for them outside of work while maintaining their careers. Men aren’t asked about this. Does MIT still think that parenthood is actually just motherhood? That male professors who are fathers are just phoning it in?

But even worse, and heading into rather infuriating territory, is how women still tend to be judged when they’re being hired (get ready, readers):

Despite an effort to educate colleagues about bias in letters of recommendation for tenure, those for men tend to focus on intellect while those for women dwell on temperament.

I’m sorry, “temperament”? Like when you’re looking for a pet? “How’s her temperament? Because I don’t want a bitchy dog that’s gonna bite my guests.” Another quote mentioned that they look for women who are “neither too aggressive nor too soft.” Because, I guess, women are either too crazy/hysterical/man-hating or darling/weepy/cookie-baking. Yeah.

Seriously, MIT? When you hired your female president, were you afraid her period would attract bears? Or did you, I don’t know, look at her record of leadership and achievement? No one is denying the progress that has been made. And yes, doubling the number of women on your administrative staff and your faculty is a huge step in the right direction. But not if you continue to seat them at the girl’s table with all brownies and Midol.