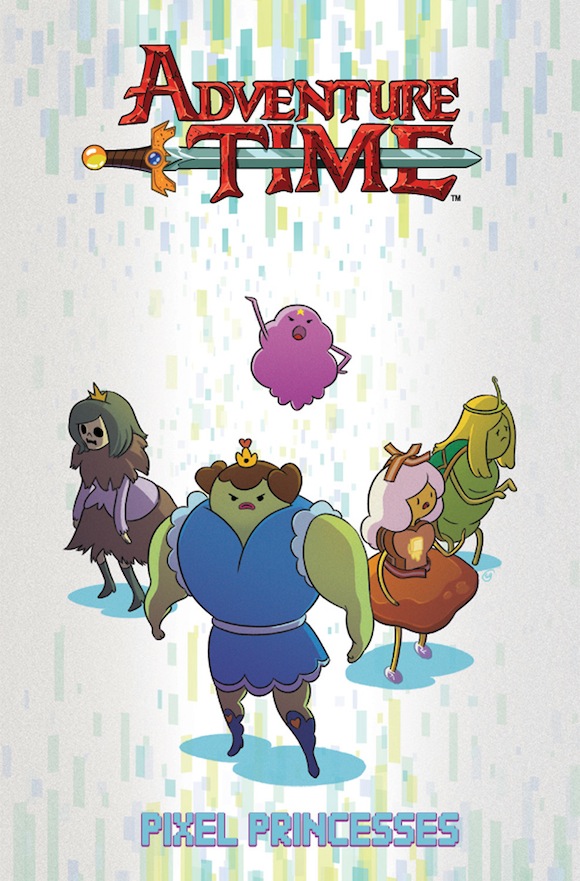 Don’t get me started on the number of ways Boom! Studios is doing it right with its Adventure Time comics. One of those ways is that the publisher doesn’t just put out a great ongoing series about the adventures of Finn and Jake, it’s also published a string of incredibly strong miniseries, each featuring a different set of fan favorite secondary characters. kaBoom! (Boom!’s kids imprint) announced this morning that they’ll be releasing another, apparently concerning Skeleton Princess, Muscle Princess, Breakfast Princess, Turtle Princess, and of course, Lumpy Space Princess on a “wild trip” where the princesses “learn what it really takes to be a princess, while learning to respect each other for their unique outlooks on life” and “kicking butt and taking names.”

Written by Danielle Corsetto and illustrated by Zack Sterling, the graphic novel will hit stores in November.