Adventure Time‘s Marceline Gets Her Own Comicbook Spinoff, by the Creator of Octopus Pie

Marceline the Vampire Queen is one of the radder characters (if I may say so myself) of Pendleton Ward‘s Adventure Time… I mean, the show has a great extended cast of some pretty awesome princesses like Princess Bubblegum and Lumpy Space Princess, but Marceline… well. She’s a queen.

Boom! Studios is in charge of the Adventure Time comics, and frankly I’m in love with the way they’re putting them together, by hiring not from the paper comics establishment but getting Ryan North of Dinosaur Comics to write (Shelli Paroline and Braden Lamb are drawing). It’s paid off, with the comic going to multiple printings. Boom! announced yesterday that they’d be playing on that success with by giving Marceline (and Princess Bubblegum) their own comic miniseries starting this July. And not only are we getting a comic about Adventure Time‘s infamous are-they-saying-what-I-think-they’re-saying? lady couple, it’s going to be written by the internet’s own Meredith Gran, of Octopus Pie. Here are some of the awesome covers for the series, by awesome ladies:

Comics Alliance says this cover is from JAB: 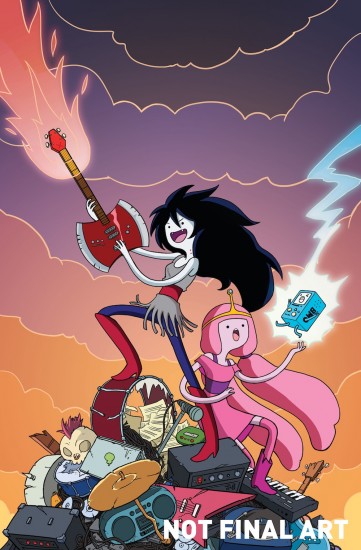 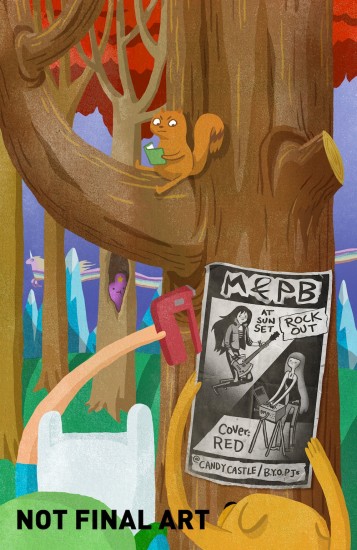 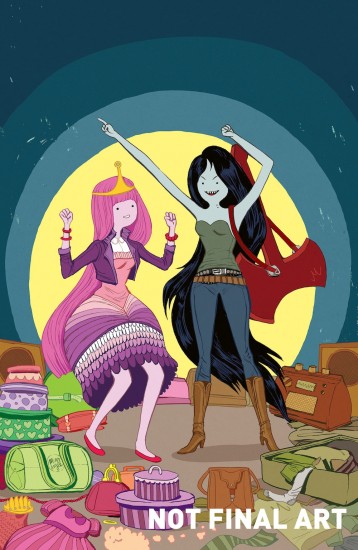 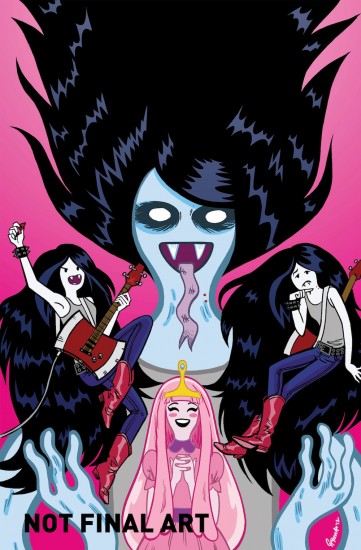 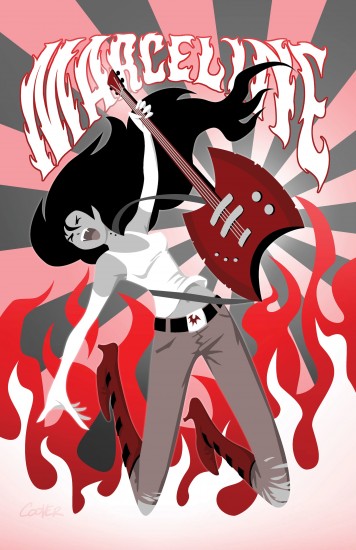 Of course, with everyone getting a comic spinoff now, it’s only a matter of time before Lumpy Space Princess demands her own lumpin’ comic. Marceline and the Scream Queens goes on sale in July, with a back up story from Jen Wang.