Reign's Adelaide Kane Is A Well-Spoken Geek, And We Love Her | The Mary Sue

Reign’s Adelaide Kane Is An Intelligent, Well-Spoken Geek, And We Love Her 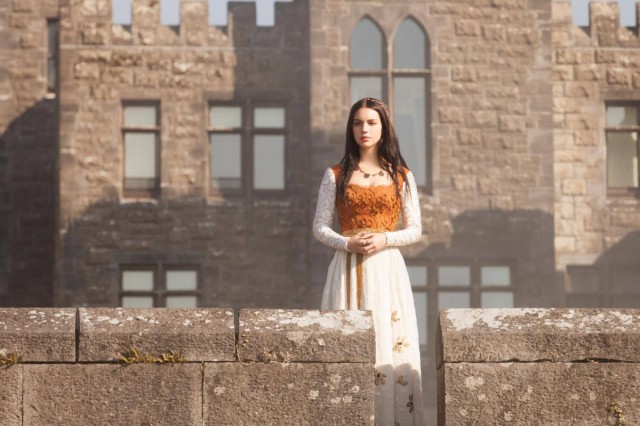 Okay, we know Reign is a show on The CW, and The CW isn’t exactly known for its’ appeal to the geek community. But we’re here to tell you that Adelaide Kane – star of Reign, the CW’s new show about Mary, Queen of Scots – is a girl after our own nerdy hearts. She’s one of us!

A self-professed nerd, the half-Australian half-Scottish Kane’s first-ever crush was Buffy‘s Spike, and she checks Cheezburger every morning. We had the chance to sit down with her at NYCC, and can attest to her geekiness; in fact, she couldn’t wait to get done her press rounds so that she could hit the con floor to grab some goodies! “No offense to you guys,” she laughed, “I really want to hit the floor and find my favorite artists and comics. This is kind of my jam.” 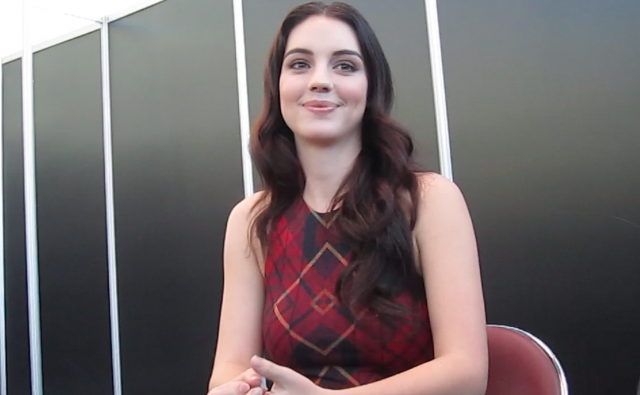 When discussing the historical accuracy of the show, Kane said that they try their best to stick to facts, but that much of the historical record on Mary is missing – and, as the CW, they often take liberties for the sake of sexiness. But Kane just wants to connect with young women on an emotional level, and hopefully help them make sense of what they’re going through.

“I really struggled as a teenager,” she said. “I didn’t know what I was feeling, or why I was feeling it, which is why I read a lot of books. Because I just was not very social, and not good with people. But I’m getting better!” she assured us.

And Kane doesn’t like to read just any old books; she also loves comics (hooray!), and spoke about how the Amazonian Wonder Woman comics helped shape her performance as Mary. Describing herself as a “pretty hardcore feminist,” Kane said that dealing with a lot of the anti-feminist notions of women as property in the French court was difficult for her upon first reading scripts for Reign. Realistically, at this point, we were all pretty sold on her. 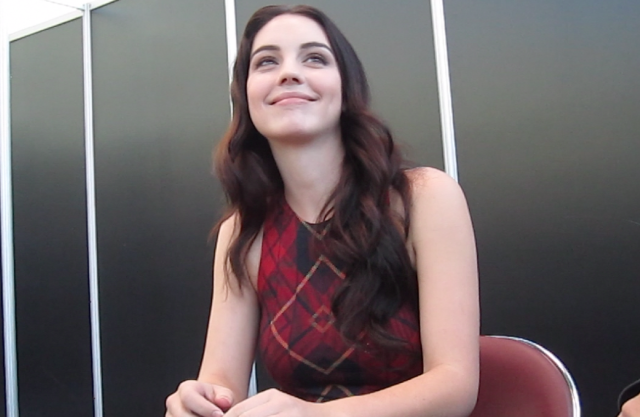 I asked Kane what she, personally, would do, were she Queen for a day. Expecting a jokey answer, she instead responded incredibly thoughtfully: “If I could be Queen of the World for one day, I would abolish any gender discrimination and legalize gay marriage across the board. I would promote environmental initiatives, like sustainable agriculture, organic non-GMO agriculture, and the outlawing of pesticides and parabens. I would look for other ways to create not only sustainable farming, but also sustainable energy, and low-impact solutions for driving – excellent public transport for every city in the world, to reduce the amount of emissions created by cars. And I would probably implement a ton, a ton, of wildlife parks, and restructure a lot of cities to reduce the amount of urban sprawl  that’s impacting natural environments and natural habitats for native species.”

And hey, not to worry; Kane eventually got to hit the floor, ending up with quite a haul: 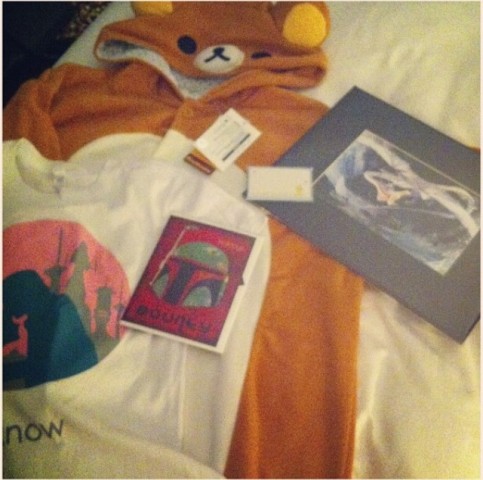 Yeah, that t-shirt is Han and Leia in silhouette, and it reads “I know.” She officially rocks.

Reign premieres Thursday, October 17th on The CW at 9pmE!