Puppies and children and time travel, oh my! 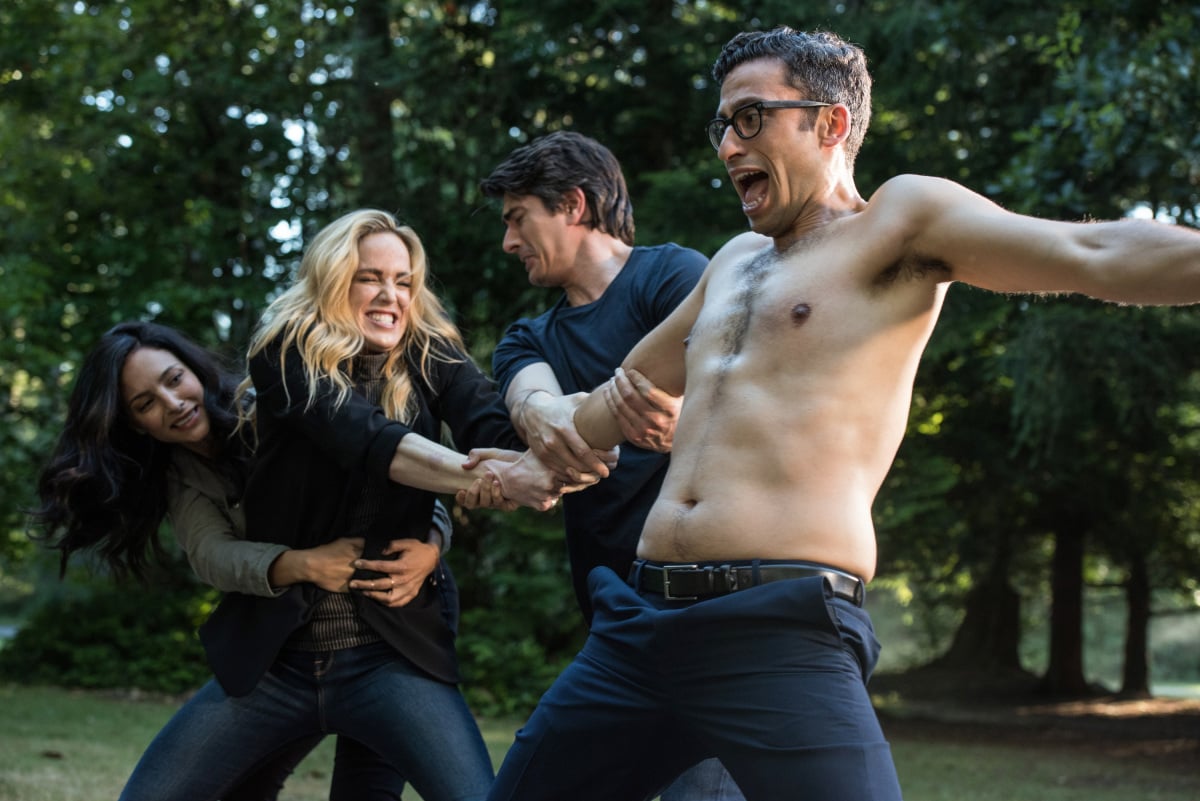 There are a lot of characters on The CW’s Legends of Tomorrow that have had big journeys. The crew of the Waverider has gone from assassins and criminals to heroes, it turns out one of them was a god, and Zari has become a completely different person, not to mention that one time she was a cat. Also, they were puppets, but one of the biggest journeys has been that of Gary Green, played so delightfully by Adam Tsekhman.

Gary has gone from Ava Sharpe’s bumbling assistant to Constantine’s intern and a bumbling sometimes-Legend with a tendency to cause trouble and get into it. This week’s new episode, “Ship Broken,” is a big episode for Gary in ways I can’t even being to describe (explaining the plots of most Legends episodes is an easy way to sound bananas), but Tsekhman still gave it a try and chatted with us about the upcoming hour and all things Gary.

First off, what’s it been like to go on such a journey as a character and actor? “It’s been amazing. it’s been really fun. I’m very fortunate to be able to play a character that’s so wacky. It’s fun to be the lovable loser—the dork who tries to do a good job and always keeps failing,” Tsekhman said. If there’s anywhere a loser and a dork might be a hero, though, it’s among the Legends. 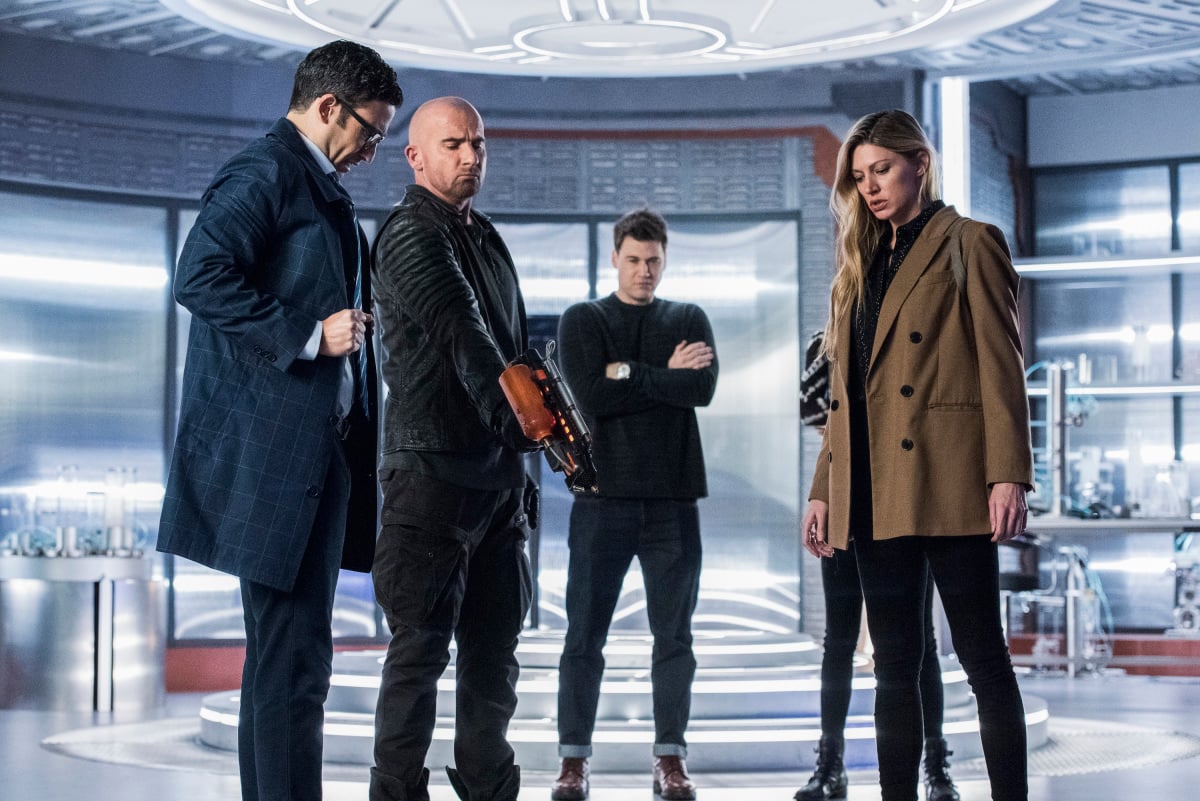 Even so, Gary has been through a lot, including a stint last year as sort-of-evil and working for a demon, but that was only because his nipple was possessed after it was returned to him from hell. “I love the opportunity to do different types of things,” Tsekhman explains, be that dressing up as the Flash or enslaving a fairy godmother. But what does it feel like to read the script for an episode with your character’s name in the title where your nipple is bitten off by an evil Unicorn? (That’s how the nipple ended up in hell, and thus possessed, and … what did I say about explaining these plots?)

On what went through his head reading that scene in “The Virgin Gary,” Tsekhman joked that he thought, “‘Wow I wish I had known not to be eating that much this month,” but more seriously, “I just thought it was so insanely hilarious and absurd. In life, I embrace that and in the show as well … I’m not one to shy away from those types of things, and I was like ‘I’ve never seen this on a TV show before, this is amazing!'”

And the greatness of Legends is that not only did that weirdness happen, but it mattered to the overall plot of season four. Tsekhman shared that the top weirdest and favorite moment on the show was the nipple coming back. “Opening the pewter container, seeing the nipple, freaking out, then watching the nipple come back was really a fun moment. And then also what’s coming up on Tuesday was my favorite because I’m just a big dog guy.” 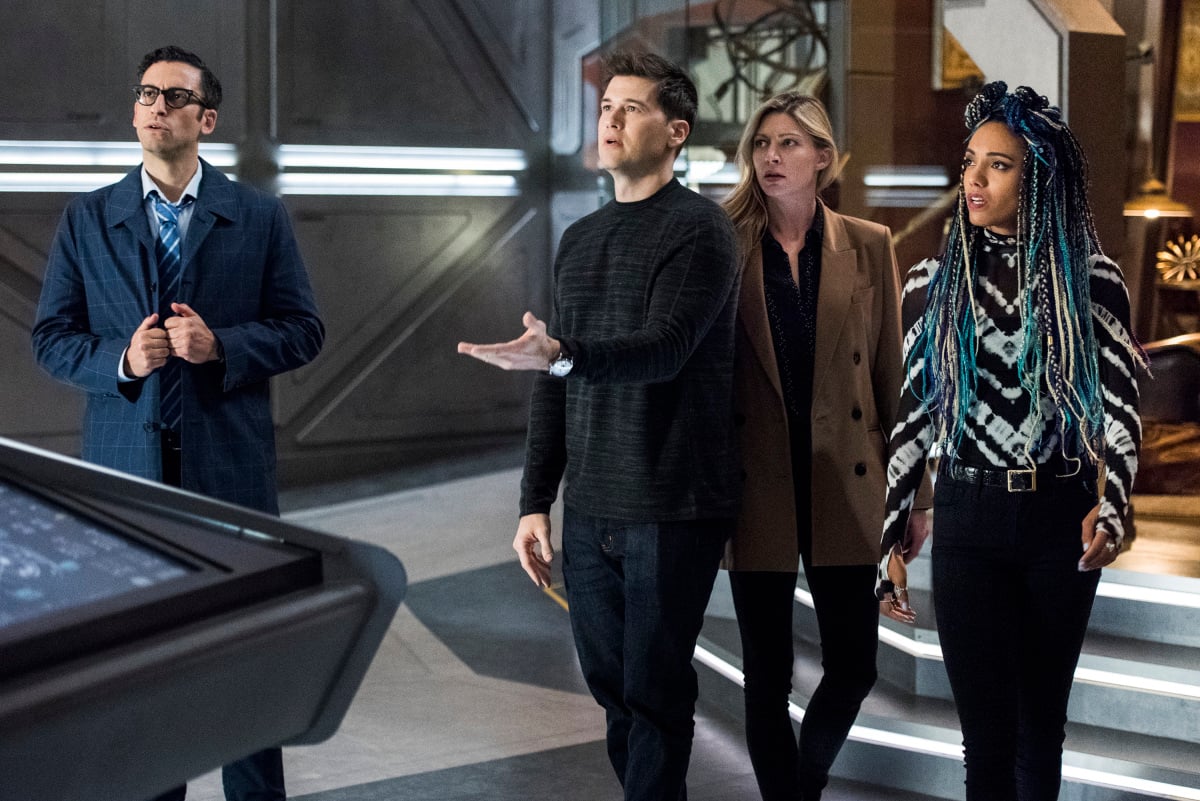 That brings us to tomorrow’s episode, where, among other things, Gary has a therapy dog to help him deal with some of the stress and trauma from the literal trip to hell he went on with Ava and Mick last week. “Hell is a scary place,” Tsekhman says, but adds, “Also, Gary was kind of probably proud of himself that he was actually able to pull it off and to actually take them to hell, because this is someone who has been doing spells with a learner’s permit and suddenly has his license, and actually was able to make something happen with it. But he doesn’t have the emotional wherewithal that Constantine has to handle these types of places.”

And thus, he needs a very cute emotional support animal named, of course, Gary Jr. The dog was actually female and a great co-star. “She was amazing. Her name is Felicia and she was lovely. So sweet. So relaxed. I wasn’t putting her down between takes, giving her back to the trainer. I was taking her around the Waverider, showing her things. I was singing her Lullabies.” But there might be more to Gary Jr. than it appears.

Also along on the episode is Mick’s daughter, Lita (Mina Sundwall), who visits the Waverider just in time for the ship to break and leave everyone trapped in a malfunctioning time machine. This means “Ship Broken” is basically a bottle episode—meaning it’s only shot on the Waverider, but it’s so fun and wild that you might not even notice.

One thing we did notice was a few sparks between Constantine and Zari last week, which not only complicates things for Zari and Nate, but maybe for Gary’s hopeless crush on the sorcerer. Is there any hope for “ConstanGreene?”

“Constantine is a man that travels solo, so he’ll pay Gary some attention here and there,” Tselhman explained. “Despite Gary’s wishes and desires, I think Connie is not as eager to lay down his flag with Gary’s team.” Constantine isn’t a very emotionally available partner, alas, but “Gary is full of emotion. He can clearly have a lot of emotion for both of them if only Constantine would just give him a chance.”

Constantine, Gary, and all the Legends will have a lot to deal with this week in another completely unpredictable, fun and hilarious episode of one of the best shows on television.

DC’s Legends of Tomorrow airs Tuesdays at 9:00 p.m. on The CW, with episodes available to stream for free the next day on the CW app.