Actor Dies Five Times in One Day | The Mary Sue

Actor Gets Killed Off Five Times in One Day 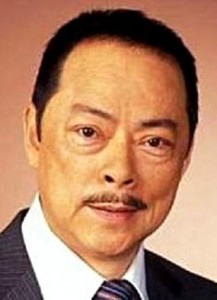 Law Lok-lam, veteran of Chinese soap operas, is a very familiar face to viewers. Or at least he was, until five of the shows that he appeared in killed off his character in one way or another in the same 24-hour period.

His character met a bloody end during a fight in the martial arts drama Grace Under Fire, and he vomited blood before expiring in Fate to Fate, the Sunday Morning Post reported.

In Relic of an Emissary, Law played the Ming emperor Zhu Yuanzhang, who died after an illness.

In two other shows, Police Station No. 7 and comedy Virtues of Harmony, the actor did not die on screen but his death was discussed, the paper said.

Law, however, didn’t draw any significance from the coincidence. To him, dying is just something that comes with the job description of “actor.”

When I get a job, I don’t care if my character in the drama will die. If he is supposed to die, he should go on and die… Why would dying in a drama matter? It’s not for real… The most important thing is I’ve done my job well.

Oh, and for the record, the TV studio says that the convergence of death scenes was completely coincidental. So… Today I Learned that when their characters get killed off, Hong Kong actors get a red packet with “a token amount of money for good fortune.” Neat.

Hopefully Law isn’t completely out of a job after all those character write offs. And that he wasn’t planning to star in any time-travel based shows anytime soon.