Not to Be Confused With the Current Lawsuit, but Activision Blizzard Is Now Being Sued for Labor Violations 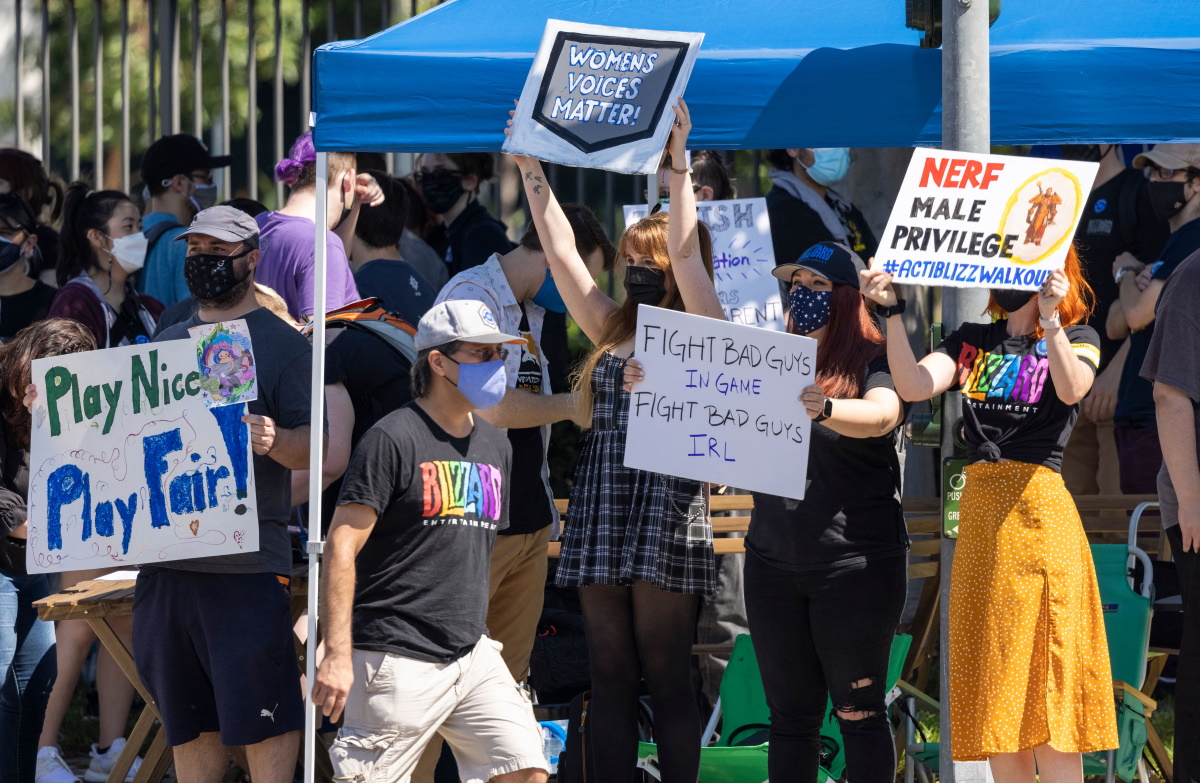 Whenever I see a headline about Activision Blizzard these days I assume it’s another layer to the sexual harassment lawsuit filed by California’s Department of Fair Employment and Housing. Recent headlines do report a lawsuit, but it isn’t that one, it’s a new one that’s been filed by the Communications Workers of America (CWA).

According to Protocol, the CWA filed the suit on Monday alleging that the company has “tried to squash organizing efforts in the wake of an ongoing discrimination and sexual assault scandal.”

If you’ve been keeping track of everything so far, the company has had numerous workers come out to reveal abysmal office behavior (such as the cube crawl), women being held back from promotions and being assigned low-level jobs, Black female employees being micromanaged, a horrifying meeting space called the Cosby Suite at BlizzCon, and pages worth of stories that make you wanna burn the whole thing to the ground and start Activision Blizzard over from scratch.

Since the lawsuit, employees have staged a walkout (both in-person and virtually) and the company has let go of a couple of high profile employees – one of which has led to an Overwatch character having their name changed. The former president of Blizzard also stepped down.

Still, the question remains – what changes will be implemented to make women feel safe working for the company?

This second lawsuit, which highlights worker intimidation and attempts to stop employees from organizing, isn’t exactly giving a positive answer to that question.

The charges from the CWA — filed on behalf of workers at the company pushing for change through a campaign calling itself “A Better ABK” — allege Activision Blizzard has used “coercive tactics” to try to prevent employees from organizing for a workplace free of abuse, acts which are protected from retaliation under federal labor laws. Lawyers for CWA wrote in the charge sheet that Activision Blizzard “has threatened employees that they cannot talk about or communicate about wages, hours and working conditions” and “told employees they cannot communicate with or discuss ongoing investigations of wages, hours and working conditions,” as well as surveilled and questions workers about their organizing.

According to The Verge, A Better ABK is, “a group of Activision Blizzard employees working toward improving working conditions at what is one of the largest video game publishers in the US.”

If the NLRB rules in our favor, the ruling will be retroactive and we will set a precedent that no worker in the US can be intimidated out of talking about forced arbitration.

Considering everything that has come to light about the company, this second lawsuit, unfortunately, seems par for the course. I very much believe that the company, instead of working to make long-lasting changes, has resorted to threatening employees in an attempt to get them to not talk about it anymore. The walkout, for example, was initially organized because of the company’s poor response to the lawsuit, so it’s not that hard to believe that they’re still handling things poorly.

Which has, ironically, led to this new lawsuit.

I’m hoping both lawsuits hold Activision Blizzard accountable for their actions, especially since, as A Better ABK says in their tweet, it can set an important example in regards to companies trying to intimidate employees about discussing workplace issues.