Flesh-Spearing Porcupine Quills Could Inspire The Needles Of The Future 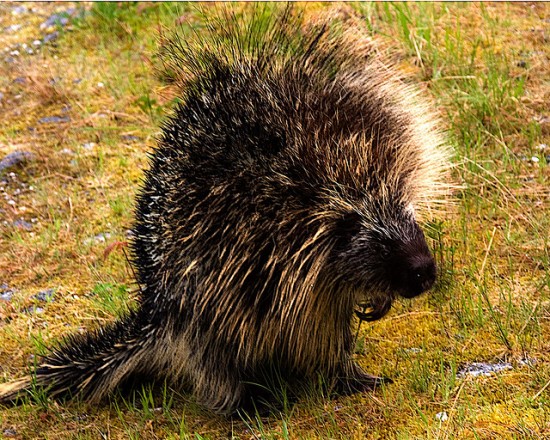 When researchers at Brigham and Women’s Hospital in Boston went looking for the future of jamming a sharp thing inside of you, they looked to a creature that has built it’s reputation — and ensured its survival — by delivering sharp pokes for millions of years: the porcupine. By analyzing the unique geometry of porcupine spines, they’re unraveling the secrets of why it’s so easy to get one of the sharp spines to puncture flesh, and so hard to remove it. They’re hoping those lessons could result in more effective needles that could enter the body with less force and seal the wounds they leave on their way out, reducing the possibility of infections.

With millions of years of experience (from an evolutionary standpoint, that is) in placing sharpened spines into many different kinds of flesh, porcupines were a natural choice for researchers. They studied the quills of the North American porcupine, which have hundreds of barbs at their tips, testing them against the smooth quills of the African porcupine as well as a standard hypodermic needle. They even added some North American porcupine quills that had been sanded smooth, to ensure they were really testing the qualities that the barbs introduce.

The results showed that those barbs did make a major difference in quill effectiveness. Not only did the barbs render the quills harder to remove from flesh, they also gave the barbs an easier time puncturing skin. In the lab, barbed quills needed to be driven by only half as much force as smooth ones to penetrate pig skin. Perhaps more impressive, they needed just 56% of the power that a hypodermic needle of the same approximate size required to make an entry into flesh.

In addition to new needles, researchers think that porcupine quills could inspire new designs for the staples and sutures used to close wounds after surgery. Etching tiny barbs into the tips of these fasteners could give them more gripping power and help keep wounds sealed more tightly, and thus more resistant to infections. It could also render them pretty painful to remove, but no one ever said getting stitches or sutures taken out would be anyone’s idea of a day at the park.