It has a fancy name, but we're going with "monkey-pine." 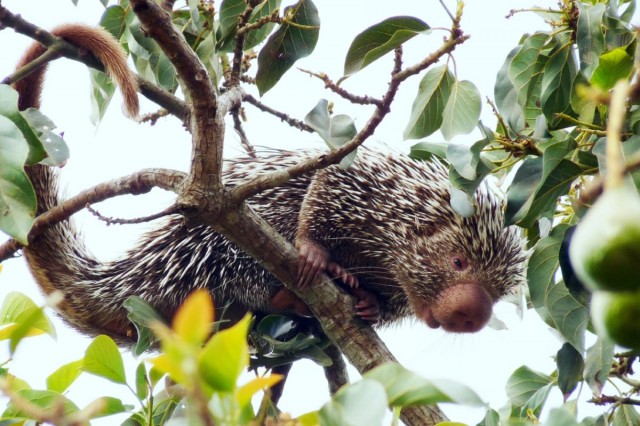 Biologists from the Federal University of Paraíba in Brazil have discovered a new species of porcupine that – to the uninitiated – basically just looks like an amazing, pug-nosed, spiky monkey.

With a prehensile tail, these Coendou porcupines are very similar to most internet writers we know: nocturnal, solitary, prickly, and slow-moving. Found only in Central and South America, the monkey-pines live in trees, where they spend their nights collecting leaves and fruit for food. Their tail operates as a fifth hand for balance in the treetops; unfortunately, they’re incapable of jumping, and have to climb all the way down if they want to venture into a new tree.

This new species of monkey-pine is called the Coendou baturitensis, or the Baturite porcupine. According to this paper in Revista Nordestina de Biologia, “[t]he name refers to the locality of origin, a forests on a mountain range similar to the Brejos de Altitude of the Brazilian Northeast.”

Sadly, the Baturite monkey-pine probably wouldn’t make the greatest of pets, as it is still covered in sharp, tri-colored quills. Cuddle with caution.