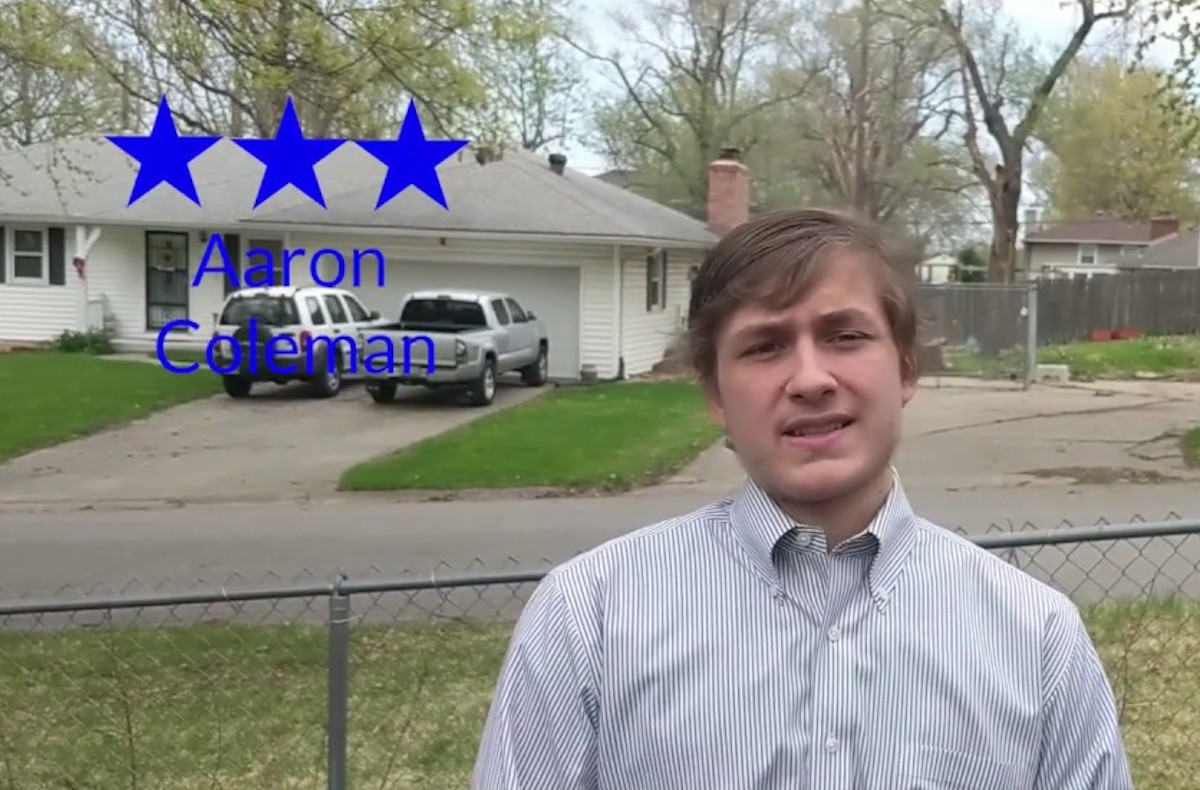 Aaron Coleman was elected to the Kansas House of Representatives in November, despite having admitted to circulating nude photos of a 12-year-old girl when he was 14 after she refused to send him nudes directly. He has also admitted to pressuring another girl to attempt suicide at the same age. In many cases, most of us would be hesitant to bring up something a person did when they were 14, but at the time of his election, not only was Coleman only 19, but he had done nothing at all to prove genuine remorse, let alone growth over the past five years.

When challenged about his past, he blamed feminism for making drop out of the election (which he quickly un-dropped out of). He also subsequently admitted to having physically assaulted his ex-girlfriend as recently as last year. He also threatened to “call a hit out” on Kansas Governor Laura Kelly just last month, saying her reelection race in 2022 will be “extremely bloody.”

Despite showing voters exactly who he is, Coleman ended up winning his primary race against the incumbent candidate, Stan Frownfelter, by a mere fourteen votes. He then ran unopposed in the general election. Which is a great reminder that every single vote really does count.

Now that he’s about to take office, Coleman has been accused of continuing to harass women, specifically Frownfelter’s campaign manager Brandie Armstrong. Armstrong told the Kansas City Star that Coleman has been harassing her by phone and that she planned to file a no-contact order (similar to a restraining order but for criminal court cases rather than civil) against him this week.

“I’m filing the no-contact order to protect myself and my family, but also because it’s time someone tells this boy the way he behaves is despicable and has consequences. It may not be much, but it’s something,” she told the Star.

Meanwhile, the other women who have come forward with allegations against Coleman say they’re being harassed by his supporters online. (Both on Twitter and in a statement to the newspaper, Coleman denies that he or his supporter are harassing Armstrong but didn’t address the other allegations of harassment. He also misspelled Brandie Armstrong’s name in both.)

Not only is Coleman about to take office but he’s nominated himself for an even greater leadership position as the sergeant-at-arms of the Wyandotte County Democratic Party. That internal election will take place next week and I guess that’s when we’ll see how Coleman’s new colleagues plan to deal with him. So far, they’ve done nothing. They disavowed him before he won his primary but there have been crickets since then.

Activist Faith Rivera, who the Star calls the “chief advocate” of Coleman’s past victims, told the outlet that these elected officials are “cowards.”

“They’re not stopping him. They’re not standing up,” she said. “They have not stood up since June 17 when this all came out. We need more people to stand up for these girls and say, ‘Hey, you know what? We’re not going to allow Aaron Coleman to have power; we don’t want Aaron Coleman to represent our county.’”

Throughout all of this, Coleman continues to insist that he’s a great choice to represent women, specifically calling out Frownfelter as being anti-abortion. And while Frownfelter’s centrist politics weren’t always great for women, he did have the endorsement of Planned Parenthood in his race against Coleman. If the only way that you can tell people how great you are for women is to talk over women’s organizations and individual women claiming otherwise, it’s a pretty good indication that you’re not the ally you think you are.