A Geek’s Guide to the National Dog Show 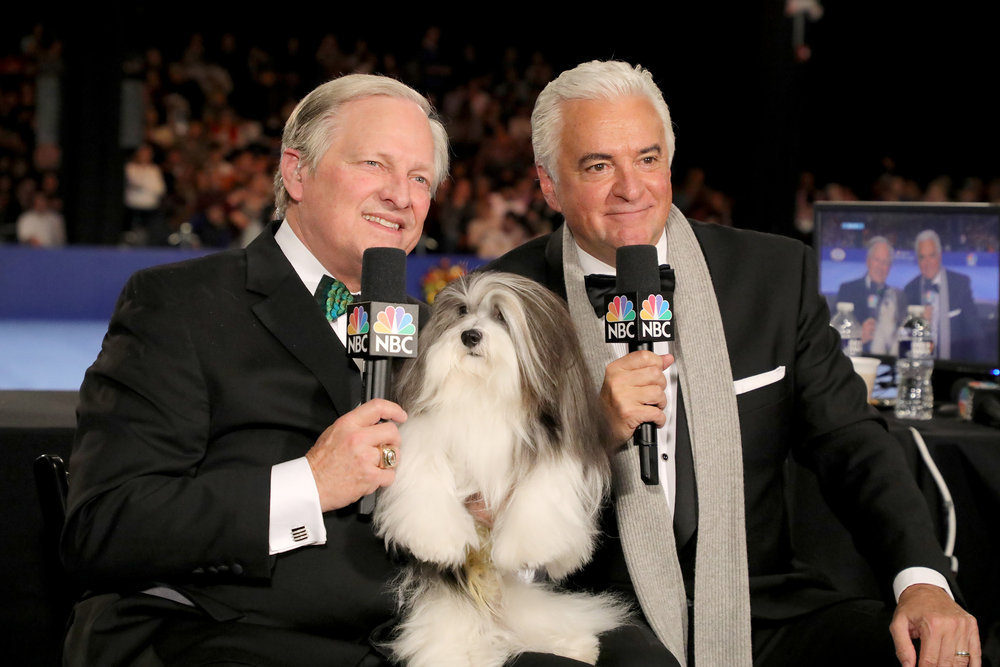 There’s a lot of things you can throw up on the TV on Thanksgiving day, but there’s none better than The National Dog Show. This event is a family watching tradition in my household and I’m going to tell you all about it.

My expert credentials here are that I have seen Best in Show multiple times and I try to watch the National Dog Show every year. I don’t always watch all of it though. While it’s on we’re always cooking, sometimes my father-in-law risks his life by turning the channel to football (ugh), so I often lose the plot. But never let it be said that not knowing the actual details of something stopped someone from talking on the internet. 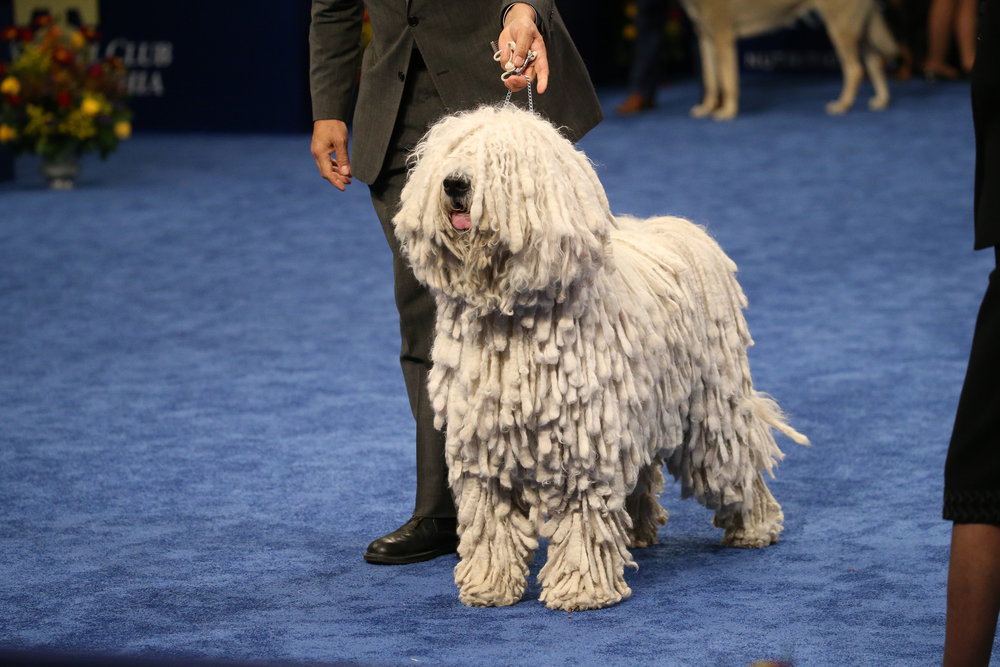 This good doggo gets extra points for competing without being able to see past their bangs!

I’m not really sure where dog shows came from. I imagine that centuries ago, one British noble (because it’s always the British) was showing off his good pupper and declared “my dog is the best dog” and another noble swatted his face with a glove, incensed, because his dog was the best dog. These fools, not knowing that every dog is the best dog, must have decided to have contest rather than a duel and thus dog shows were born. 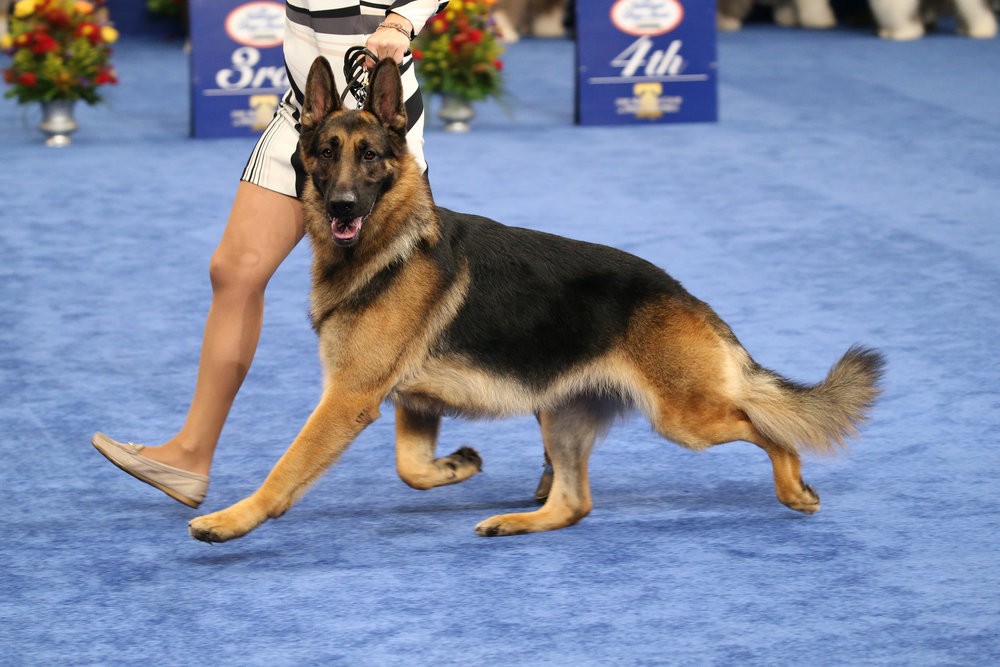 How does a dog make it into The National Dog Show? I have no idea. I’m sure it’s based on some sort of local to regional to national competitions, but who knows. (I assume the people that compete know). I do know that the goal of a dog show is for a doggo to meet “the breed standard.” This means that they conform to what the ideal golden retriever is, or whatever. So judging is very hard because what’s good in one dog is not standard in another. A long lustrous coat is cool for like an Afghan but not so much for a dachshund.

One thing I do know for sure is that we don’t see all of The National Dog Show on TV because there isn’t just like, an hour of corgis competing to see which is the best log with legs and that makes me sad. The thing is pre-taped and we see the highlights of the second day of competition. I guess the happy takeaway here is that no one is actually competing or working on Thanksgiving.

All the dogs in the national show have already won the “best in breed” medal (or ribbon?) and the segments we see are about picking the dogs that are the best in their group. There are…seven? I think. Yeah, I’m sure it’s seven. The groups, off the top of my head, are: the little dogs, the extremely big dogs, the smelling dogs, the family dogs, the weird dogs, the sheepdogs, and the terriers. 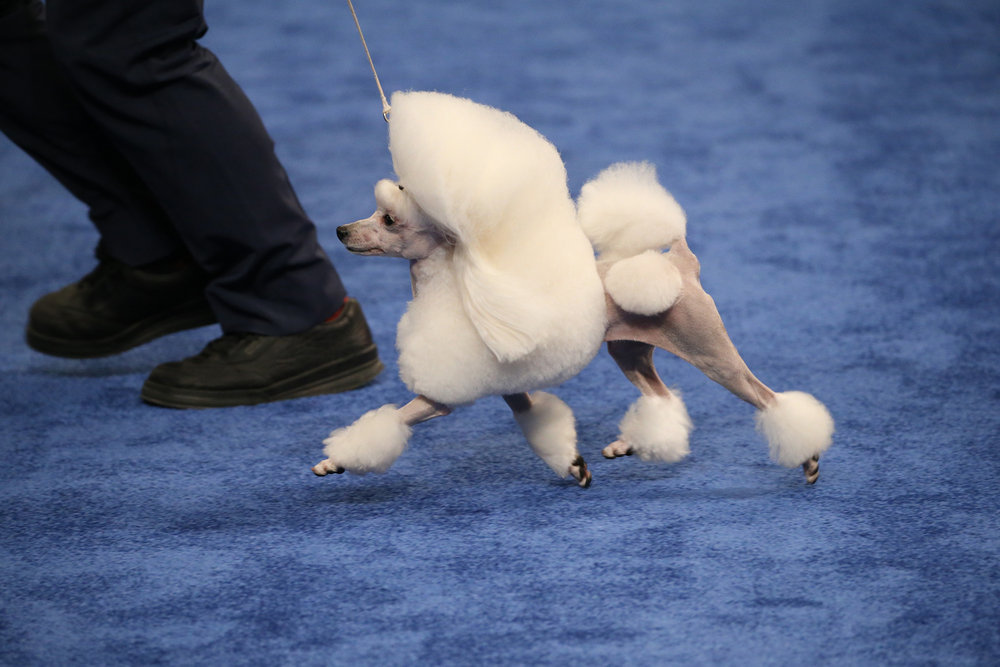 Here we see a great example of the “very small dog” group.

Actually now that I’ve googled it seems the groups are actually: toy, working, herding, sporting, non-sporting, hound and terrier. So I was close.

Some of these groups are easy to understand. The toy group is the tiny dogs (but not ALL tiny dogs), the terriers are, uh, terriers. The herding group is all the smart herding dogs that save uncles from wells. It’s important to know that corgis – the best dogs – are actually in the herding group, not the toy because though they are short they were bred to herd cattle. Now you know.

The working group is not dogs that go into the office each day. It’s dogs with jobs like guarding houses or pulling sleds or milk carts (like the Bernese mountain dog). The sporting group would be better called the hunting group because it’s mainly dogs bred to hunt or retrieve dead animals, like the golden retriever! The non-sporting group is just sort of a grab bag of new and hard to categorize breeds. It’s got cuties like the bulldog, the sharpie and the Xoloitzcuintli – that’s Dante from Coco! 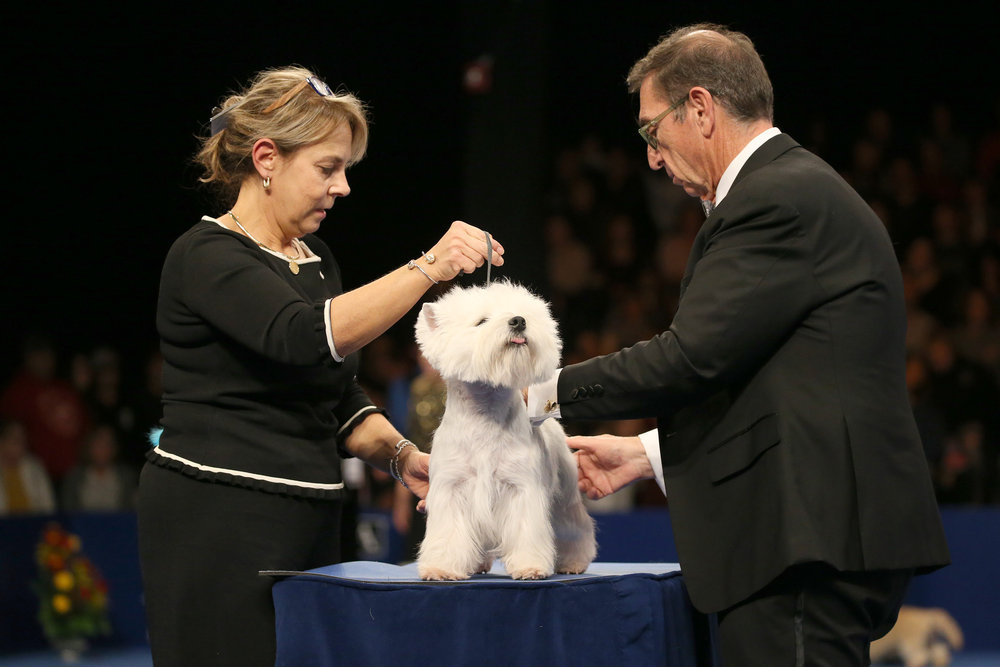 A good Westie (aka a West Highland White Terrier) being judged.

The national dog show is actually incredibly cruel, because each segment only shows us each breed for a few moments, and then the judge for the group picks out a few and brings them up so he can poke and them and see them runs and stuff. I want to see ALL of the dogs, thank you. My favorite weird breeds include the very very big dogs that could be bears, the one that looks like a mop, and the Bo Obama dog.

The judging is the true test of a pupper. They must be still and composed and cute and responsive and it must be very stressful. I, a human, have trouble being most of those things so I can’t imagine how hard it is for a dog, but at least they get treats after. If judging could be done while the dog was asleep on his human’s favorite pillow, my dog would have a good chance at this though. 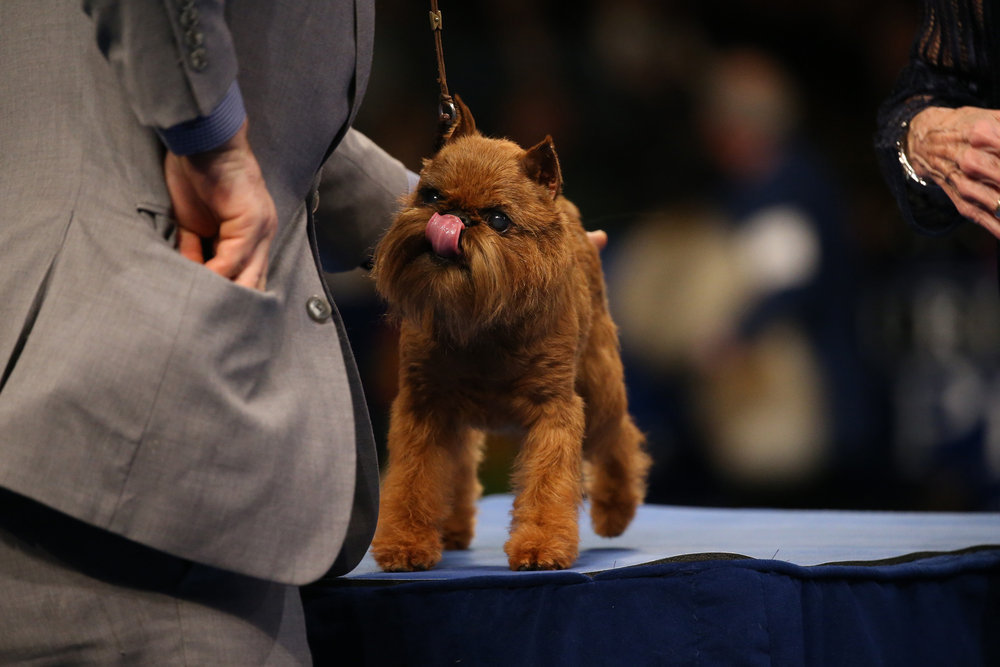 It must also be hard for their handlers. We haven’t talked about the humans that tag along with the dogs but apparently handling a show dog is a skill with a long tradition and what always shocks me is that the handlers aren’t always the owners of the dogs. As a dog mom, I can’t imagine not being up there with my pup, proud at his clear greatness.

The judges pick the best in each group and those dogs go on to compete to be Best in Show: the one dog that exemplifies the best of dogness. I think the whole point is for dog breeders to be able to say their dogs are the best examples of their breeds to they can sell the puppies for a lot of money. But in the end, they get a shiny plate and, I assume, lots of belly rubs and chin scratches and treats (though they don’t show that—boo).

Hopefully this year I’ll have the TV on at the right time to see the crowning of the Best in Show, but even if I don’t, or if you don’t, we already know who the best dog is: the one right next to you.

The National Dog Show presented by Purina airs on NBC from 12:00 to 2:00 p.m in all time zones on Thanksgiving day.