A Darth You Might Remember Is Resurrected In Star Wars: The Clone Wars 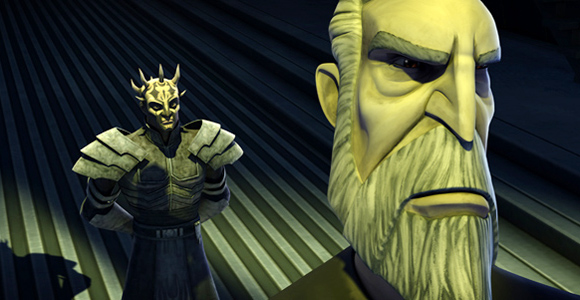 He was just too good to stay dead. Those of you who are fans of Star Wars: The Clone Wars will have seen the signs a mile away, for those who don’t watch religiously and don’t want to be spoiled, turn away now. The creators of the Cartoon Network show are bringing Darth Maul back from the grave this spring.

Star Wars fans will remember, the Sith apprentice was introduced in The Phantom Menace to positive response, only to be killed off at the end of the film by Obi-Wan. Not just killed, severed in half at the midsection. So many of us were disappointed that arguably the best new character to come out of the new film would never be seen again. We were wrong.

“He is such a dynamic and exciting character,” said Dave Filoni, supervising director for Clone Wars. “He made such a huge impression in that first film that when you go back and look at the prequels, you forget he’s not in all three.”

Filoni told USA Today he was surprised when Star Wars creator George Lucas asked him to figure out a way to bring Darth Maul back. In the third season of Clone Wars, they introduced a warrior called Savage Opress (in the photo above) who belonged to the same race as Darth Maul, the Nightbrother clan on the planet Dathomir. It was heavily hinted at that there might be a return for the Sith.

“Opress plays a major role in the return of his ‘long-lost brother,’ Filoni says, and fans can expect Darth Maul to reignite his rivalry with Obi-Wan Kenobi.” Filoni also promises he didn’t bring back Darth Maul for a short-lived stunt.

“There’s a lot of ground that has not been covered as far as Darth Maul is concerned, so there’s a lot of room to grow with him,” he said. “It’s all balanced with, ‘Boy, we’ve gotta make this really good because this is a really big deal.'”

No word yet on who will voice the character or just how he’ll be put back together again but before you see him animated and alive, you can see Darth Maul in 3D when The Phantom Menace is re-released into theaters on February 10.