8 Real Women Who Deserve Their Own Movies | The Mary Sue

8 Real Women Who Deserve Their Own Action Movies 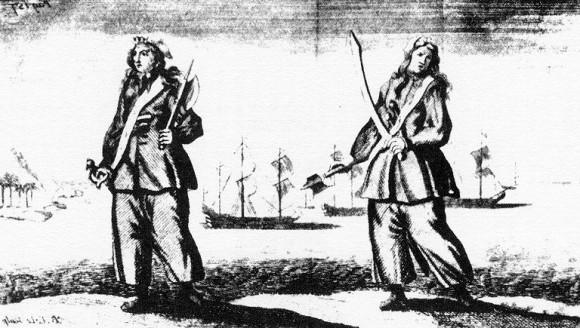 Hollywood, we have to talk. I’ve spoken to every ticket-buyer in America and we’ve all decided that you need to make more movies about badass women. Like, starting yesterday. Oh sure, every now and then you will throw us a Salt or maybe even a Salt II, but face it, Hollywood, many of your attempts at a woman-driven action movies have been half-assed at best and soul-crushingly awful at worst (see Electra, Street Fighter: The Legend of Chun-Li, or, dear God, Sucker Punch).

It should not be that hard, Hollywood. All we, the ticket-buying public of America want is a good story about a woman or a bunch of women who fight and shoot and do other badass things badassedly. And guess what?  You don’t even have to make up any stories on your own.  Real life badass women have existed throughout history! Just do a Wikipedia search on “woman warrior.” That article ain’t no stub. You could make a great movie about any of these women.

Don’t know where to start, Hollywood?  You would like it if someone compiled a list for you? Well, I just happen to have one right here that I always carry in case of emergency. 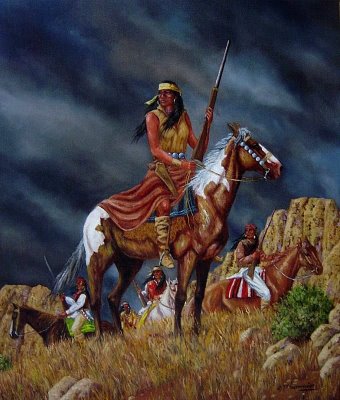 Lozen was the sister of an Apache chief.  She fought alongside Geronimo. She once killed a longhorn with a knife. She stole a soldier’s shirt just because she could. She used shamanistic rituals to discover the direction of her enemies. And one time, she traveled to the future to give Bill Brasky the finger. Down that Scotch, gentlemen, and let’s make a movie about Lozen. 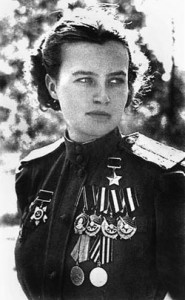 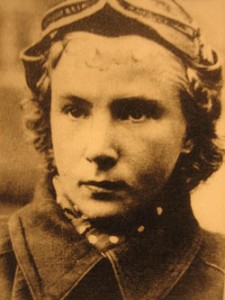 A wise man once said “ending a movie summary with the phrase ‘and then he stomps the living hell out of a bunch of Nazis’ automatically makes everything about your movie better.” Here’s one:  “Lydia Litvyak and Katya Budanova are born. And then they stomp the living hell out of a bunch of Nazis.” These Russian pilots became the world’s only female fighting aces during World War II. They each racked up at least eleven kills and died in combat. Also: Nazis. Stomped the living hell out of them. I’m not big into “plane movies” but I’m guessing two chicks shooting Nazis is at least a thousand times more interesting than anything that happened in Top Gun. I mean did Maverick stomp any Nazis? Did he? 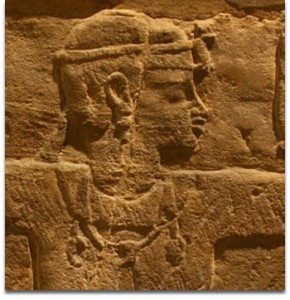 According to legend, Candace of Meroë, Queen of Ethiopia, got on an elephant and drove Alexander the Great out of her country. According to killjoy author David M. Goldenberg, Alexander never traveled as far south as Ethiopia. But honestly? When has Hollywood ever cared about historical accuracy when legendary heroes are involved?

Seriously, guys, Robin Hood and King Arthur probably never existed. Actual historians have said that Braveheart could not have been more inaccurate if Mel Gibson had carried around a “plasticine dog.” So if we’re going to ignore historical accuracy for the dudes, can we ignore it once or twice for the ladies too?

Anyway, about Meroë movie… Hollywood, you really dropped the ball on this one.  This movie should have already been made in the eighties with Grace Jones as Candace and Dolph Lundgren as Alexander.  Why didn’t you get on that sooner?  You failed, Hollywood.  You failed us all.

5. Diamond Alice and the Forty Elephants 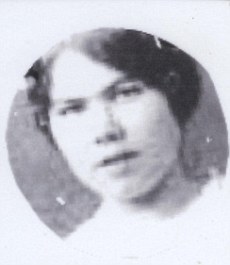 I know what you’re thinking, but this is not a kid’s movie. The Forty Elephants were not elephants. They were a notorious all-girl shoplifting gang. At the height of their power in the 1920s these ladies had London on its knees. Their leader was a woman called Diamond Alice who was known for wearing many rings and punching people. The opportunities for a catch phrase are endless: “Diamonds are forever, bitch!”  “Your face just went to Jared’s!”  “Every kiss begins with KAPOW!”

One condition about this film: no character is allowed to learn from their mistakes or regret their decision or try to be become better people. These girls were stone-cold anti-heroines and I want them to stay that way. Tarantino, you can have this one. You’ll know what to do. 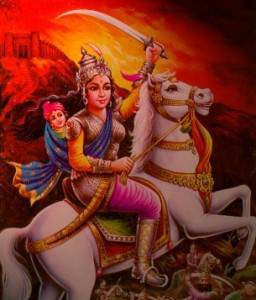 I could go on about how this queen commanded an army and fought the British and became a symbol for Indian independence, but let’s cut to the chase: all over India there are statues of Rani Lakshmibai riding a horse and raising a sword.  There’s your lobby poster right there.  The rest of the film makes itself. 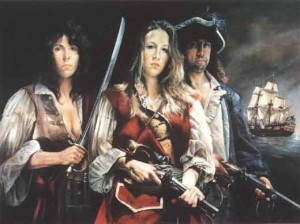 Everybody loves pirates, when they make sense (Let’s not speak about Pirates of the Caribbean 3, I’m too sober right now). It would be kind of hard to mess up the tale of Anne Bonny and Mary Reade. Bonny, the daughter of a wealthy merchant, ran away from a privileged life to marry a poor sailor. Reade was born poor and dressed as a man most of her life to find work. They both eventually became pirates and after some Three’s Company-style misunderstandings, became swash-buckling BFFs forever. Friendship and piracy. Just imagine: Thelma and Louise with swords. Yes, I remember Thelma and Louise. No, I will not tell you how old I am. 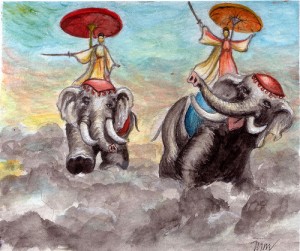 Yay, more elephants! These two Vietnamese legends are famous for their resistance against Chinese occupation in the first century. With an army of men and women they fought the Han dynasty (on elephants!) for three years. If you think that’s amazing, wait until you hear about Phung Thi Chinh. She was a noblewoman who fought alongside the Trungs. At their final battle she went into labor right on the front lines. She gave birth, got up, and kept on fighting.

That’s just… how do you even do that? I don’t want to leave my bed when I’m feeling “crampy”, and this woman was out there choking soldiers with an umbilical chord! You have to make this movie, if only to give me some motivation once a month. With elephants (audiences love elephants, Hollywood). 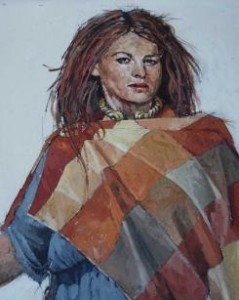 Okay, seriously, you guys? How has there not been a movie about Boudica yet? No, that one Masterpiece Theatre production doesn’t count. Boudica deserves to become a giant Hollywood epic heroine. She burned London to the ground, Nero considered abandoning England all together because of her rebellion, and… look, can I be honest with you a second? We need a new Braveheart. No, seriously, none of us can watch the old Braveheart anymore. It’s too Mel Gibsony. Boudica’s story of rage-filled revenge and rebellion against the Roman Empire could fill the historical, blood-soaked, bagpipe sound tracked, slow-motion battle-montaged, stirring-monologued hole in all of our souls (and could be made more inaccurate with the addition of a plasticine dog). Consider it a reboot, if you will. Do it, Hollywood. Make this movie. I dare you. You can throw in some elephants if you want, just make a decent Boudica movie before I die.