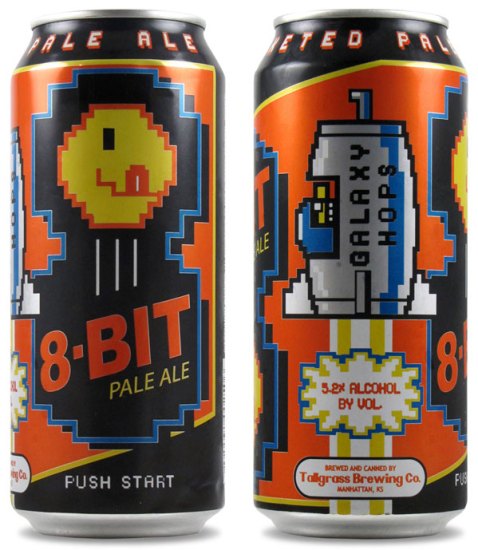 There are some geeky beers out there, but most of them associate with a single series or franchise. 8-Bit Pale Ale, on the other hand, has its sights set a little higher and aims to be the beer of an entire geek era. Produced by Tallgrass Brewing, 8-Bit Pale Ale uses Australian grown Galaxy Hops giving it “a unique tropical, almost melon aroma in a classic American style” according to its makers. If you don’t have one sitting in front of you, however, its most noteworthy characteristic is probably its wonderfully designed can, featuring both a hops rocket and a salivating Pac-Man. What else could you ask for? A really weird commercial involving a video game featuring puppets? Sure. Check it out below. Really, it’s super weird.