7 Tips for Success in Comics From HEK Studios’ Marie Enger 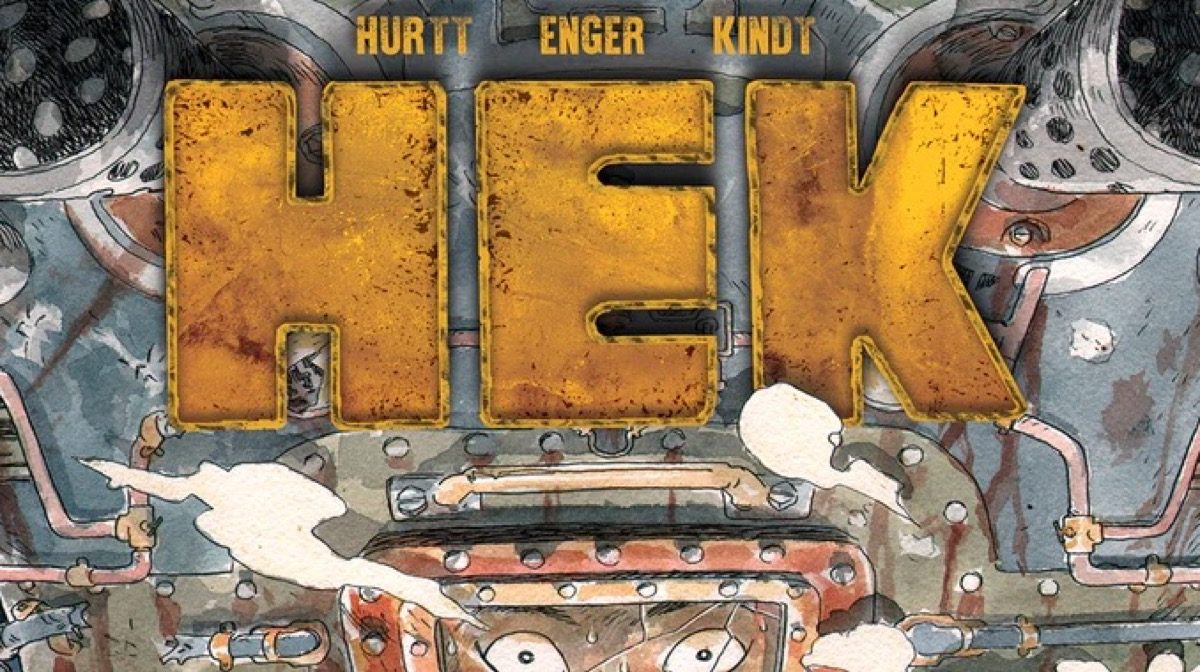 **The following is a guest post by artist Marie Enger, one of the founders of HEK Studios.**

I started drawing when I was 13.

I had just come off a few weeks of intensive therapy and a few weeks of Invader Zim binging. My family didn’t have cable, but when we moved into a new house, the previous owners forgot to disconnect theirs. For, like, 3 amazing months, we had cable—which meant cartoons, which meant me sitting on the carpet in front of those cartoons for … probably weeks, to be honest.

I got obsessed. I must have told my therapist about it, because soon enough, she was having me print off reference and draw Invader Zim stuff.

And that’s why I draw like I do. Invader Zim (for better or worse) was my art teacher growing up.

Years later, I’d end up with Matt (Kindt, the K in HEK Studios) as an art teacher.

I was in school for animation, just about done. I had a few free extra credits to play with in my last semester, and my advisor at the time pushed me to take a character design class with Matt, even though I’d taken the class before. (He draws for DARK HORSE, Marie!) I loved (still do) character design, so back into it I went.

It was fine—Matt was cool, but I graduated, so … bye? I was off to do animation, except I couldn’t get a job … so, instead of moving to L.A., I stayed in my cousin’s basement, freaking out about how I couldn’t get a job—or get my grades for my character design class. I took the only concrete action I could take: apply for jobs for hours each day and email Matt about where my grades were.

I got my grades and got invited back to audit his comics creation class. I wasn’t doing anything else, and he wasn’t making me pay, so I showed up.

And that’s why I’m in comics.

My path into comics was mentorship. I learned what I learned about comics because I had someone else leading me through. Aside from being incredibly fortunate, my experience with that has solidified my drive to lift up as many other comics people as I can. I think that’s the only way I can repay the kindness done to me.

ANYWAY. You didn’t come for sap—you came to learn what I learned from these experiences.

1. Your first comic ever is 100% not going to get published.

Hey! You know about my 300-page comic Carp Noctem? The germaphobic vampire road trip epic I was doing? OF COURSE NOT. I found a copy of my first comic (all drawn in adobe illustrator BTW) at my friend’s apartment the other day, and I cringed so hard I thought my spine would break in half. It was awful—I mean god awful bad—and yet, Matt still helped me get that pitch set up and sent off to Top Shelf (sorry about that, Top Shelf!)

He warned me every step of the way: This comic isn’t going to get published, but you need to pitch it anyway. The result was my first rejection email, but it didn’t feel like the failure I thought it would. That comic was bad, and looking back, I’m so goddamn relieved that it’s never going to see the light of day—but I’m grateful that I had a mentor who didn’t stop me from submitting (as someone who had drawn exactly one comic … that I uh, then pitched …) a 300-page crap comic, even though it as a god awful terrible idea. I learned a lot from that one.

2. If you live in a basement, don’t keep the art on the floor.

You’ll never know how close issue 2 of Mind MGMT was to being destroyed. While I was taking Matt’s class, I ended up doing the panel borders/filling in blacks on Mind MGMT, a comic he was working on at Dark Horse. I also lived in what I called “the garden apartment,” but in reality, it was an incredibly flood-prone basement. I’d done all the stuff I needed to do on issue 2, so I put it in a pile on the ground … only to wake up and see the water inching closer to it. Ever almost destroyed thousands of dollars of art by someone you don’t know all that well? Yeah. All art lives off the ground now.

3. Comics will always be there … waiting for you.

I ended up eventually getting a job in animation, so I moved out of the basement and into a studio apartment in L.A. It uh … wasn’t for me. After my show wrapped up, I came home, defeated—like, for real, animation was my life. I was messed up over it, but … comics were waiting for me when I got home—literally, Matt had pages for me to do.

That’s only sort of true. I don’t believe that people should have to suffer for years before they get respected for their craft, but I believe that with time comes experience, and that time can be sped up by doing all the shit jobs. I didn’t get paid to draw comics until 4 years after I’d been working professionally in the industry. I got my start coloring and lettering for Matt and prepping files for print for Brian (Hurtt, the H in HEK btw). I know how to do every job because that’s all I did for years, and I know I wouldn’t be the artist I am today without having done all that.

Just kidding—that’s an absolute lie. You know how I know that? I met Brian—someone I had only known as the “Johnny Appleseed of Jet Pens.” I met him first in Matt’s class, but he doesn’t remember that. I met him for the second time at Star Clipper (the comic shop I eventually worked at, where he had just dropped off a bunch of pens for one of my coworkers), and for the third time when I started working as an art assistant for him. Up until that point, I had truly truly believed that most people drew upwards of 5 pages a day (which was not what I was doing). Finally, I met someone else who only did like … one a day.

Look, I love Matt and Brian. I owe them both a lot; I learned a lot from them. For a long time, I wasn’t sure what my value in the studio was, but then, one day, trying to explain something, I realized why I was here. If you’re an older dude, you need a younger person there to school you sometimes. I may have learned comics stuff from them, but I like to think I taught them both how to relate and respect the youth.

Without me, how would they know the hot twitter gossip? How to become a respect-punk? That you should TOTALLY GET A CINTIQ BRO? What bridge to go drink beer under? When you’re forced to confront younger folks tuned into completely different types of people, especially if they’re loud and also always around in the studio, you evolve socially—like a Pokémon that listens to a studio mate yell about what a Pokémon is.

(Seriously, stop making fun of me for being excited about Pokémon, or I’ll change all the passwords on our social media accounts and your old-ass brains won’t be able to get back into them.)

… Oh god, will my future mentee try to weaponize our shared social media accounts one day? Or will they have to teach me how to switch between ocular implant accounts? Oh crap.

Comics can be isolating. You work alone a lot of the time, spend a lot of time in your own stories (and I can tell you that if you’re spending all your time in Casket Land, you’re cruisin’ for a real bad headspace). You just get … weird.

HEK Studios isn’t the first time I’ve worked on a project for Matt and Brian, but it is the first time that I’m working with them on the project, not for them. This isn’t me adding colors or letters to their story, taking all I’ve learned from them over the past 7 years and putting it into stories flanked by theirs. We are doing this together.

I’m still learning, but I’m not a student anymore.