Astronomers Identify 514 of the Most Powerful Objects in the Universe, Have No Clue What 65 of Them Are

Some of the most energetic gamma ray sources in space are total mysteries to researchers, and could prove to be dark matter galaxies or other exotic objects 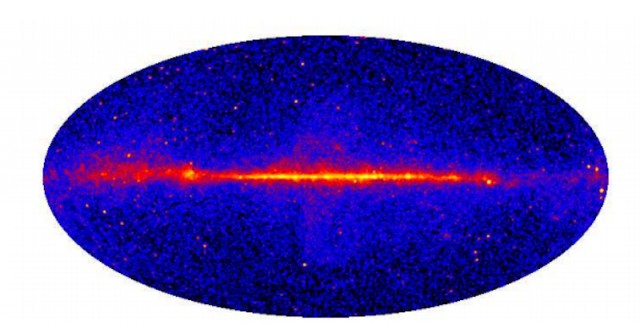 A new map of the universe created with data from the Fermi Space Telescope has identified the 514 most highly energetic objects in the known universe. The slightly unnerving part of that news — researchers have exactly no idea what 65 of those objects, which are throwing off more than 10 gigaelectronvolts of gamma ray energy, are. These sources could be standard high energy objects — like blazars — that simply haven’t been properly identified yet, or they could be an entirely new class of object never before seen on the cosmic landscape.

One explanation for the unidentified energy sources — which throw off huge amounts of gamma rays, but are not associated with radio or optical emissions, could be dwarf galaxies composed of dark matter. If that’s the case, learning more about these mystery objects could help us understand dark matter more thoroughly. While the objects could just be ordinary high energy objects like blazars or quasars  that have yet to be properly identified, they could also be Galactuses, in which case we should probably just leave them alone. Staring at those too closely is a good way to get our whole planet eaten.

You can take a look at the new study prior to its publication in the Astrophysical Journal over on Arxiv right now.

(via BBC, image via NASA)