He uses the words "hoo-hah." 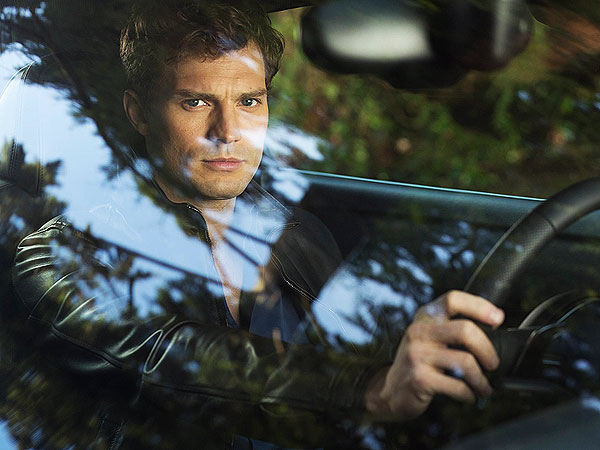 Despite reports that Fifty Shades‘ sex scenes might be less titillating than a Downton Abbey feather duster, the MPAA has nonetheless given the film an “R” rating, citing “strong sexual content including dialogue, some unusual behavior and graphic nudity, and for language.” Step up your game, ineffectual feather duster. You have a reputation to uphold.

Speaking of sexual content, in a recent interview with British GQ, Fifty Shades star Jamie Dornan clarified controversial remarks he made in December about visiting a sex dungeon to prep for his role as Christian Grey:

In the course of researching this character, I have seen the reality very closely. I can tell you from an alarmingly first-hand perspective it’s not altogether sexy. But I’ve been in a dungeon with a lukewarm beer while a dominant has had some fun with his submissive and it was very playful and jovial and not at all dark and serious. There was a lot of laughter…

When asked for his thoughts on S&M overall, the actor elaborated:

I’m an extremely liberal person, I don’t give a f***. If people are into that they’re into that. By the way, if people make such a hoo-hah about the violence against women aspect of it, it’s far more common for men to be the submissive. And it’s consensual! There’s weirder shit than that. I think plane spotting is far weirder than S&M. That I really don’t get. I can understand why people are into S&M, but standing outside Heathrow Terminal 5 waiting for Ryanair to come in?

(via ComingSoon and Jezebel)