Do not squick another's squee, sir. Especially when that squee is making you bank. 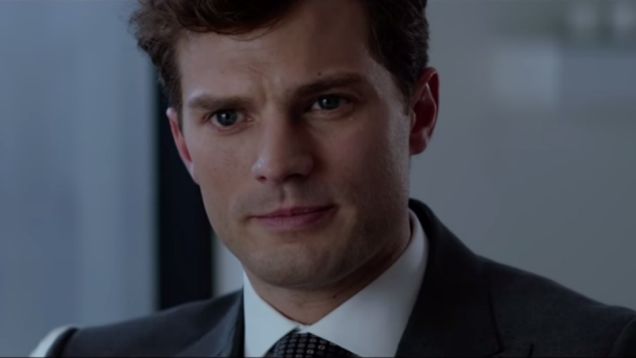 In a recent interview with Elle, Fifty Shades star and Actor Hero Jamie Dornan revealed that he visited a real-life sex dungeon in preparation for his role as Christian Grey, where he was alternatively grossed-out and bored despite being nicely given some refreshments beforehand. NOT COOL, DUDE.

I went there, they offered me a beer, and they did… whatever they were into. I saw a dominant with one of his two submissives.

According to Elle, there “was plenty of kink… and plenty laughter” (so like the 50 Shades trailer, but with kink):

I was like: ‘Come on guys I know I’m not paying for this but I am expecting a show.’ It was an interesting evening. Then going back to my wife and newborn baby afterwards… I had a long shower before touching either of them.

Hahahah, how hilarious! Sexual preferences that deviate from the norm are repulsive, even when all parties involved are consenting! Unless, of course, you can exploit and chronically misrepresent those preferences in a highly problematic film, in which case deviancy is hot, hot, hot! Hotter than emotional unavailability! Hotter than hitting on an obviously uninterested woman while she’s just trying to do her job! Lava hot!

In conclusion: stop biting the sex-hand that feeds you, man.