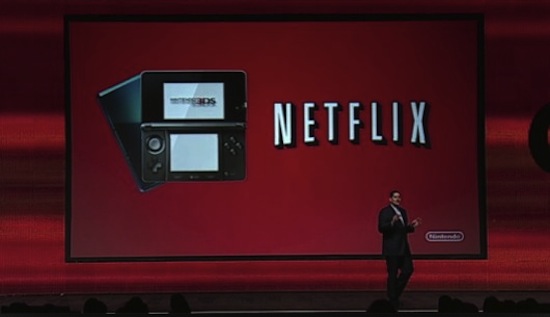 Over at this year’s GDC, Nintendo announced that their upcoming Nintendo 3DS handheld will be receiving a system update sometime in “late May” that will feature Netflix. Not a surprising move in the least, considering Netflix has hit phones, tablets, and video game consoles, but that doesn’t mean the feature is any less desirable on the 3DS. Along with Netflix, the 3DS will also feature a “short-form video service” that will offer “curated” content, like trailers, music videos and shorts.

Though Netflix on the 3DS is a pretty neat feature, it’ll almost certainly require Wi-Fi to use, especially considering the view displayed by Nintendo’s comments regarding Sony’s NGP.