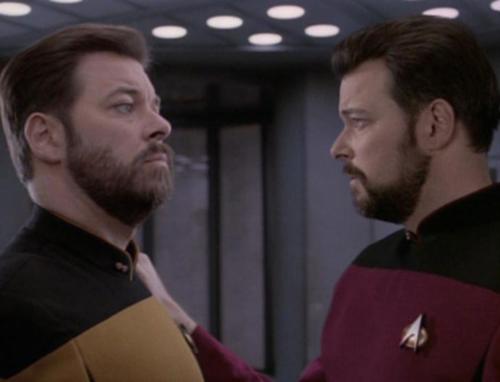 In case all of the recent talk about artificial intelligence wasn’t enough of a technologically-driven existential crisis for you, we now have a 3D printer that will “teleport” objects by beaming their specifications to another printer and then destroying the original object. But why destroy the original? Well, we don’t want any Thomas Rikers running around, do we?

The 3D printer, which was named “Scotty” by its inventors at the Hasso Plattner Institut because of course it was, is like Star Trek‘s transporter in that it doesn’t teleport so much by moving matter as it does by accurately reconstructing it in another place. 3D printers aren’t capable of reproducing living creatures (yet), but Scotty can already easily transport simple objects.

Here’s a look at the process of imaging, copying, and milling (destroying) an object with Scotty in timelapse, because it currently takes an agonizing 90 minutes of being slowly eaten alive by a machine for a small object to get teleported.

Scotty’s creators reportedly envision the process as a way to send physical goods without needing to ship them, though I’m not sure why anyone would actually use it instead of just sending 3D printing data and keeping the original outside of just a belief that people are more trustworthy than they are. In addition, Scotty’s copies aren’t yet perfect, so we’ll have to wait on our transporter until the system gets rid of its kinks to avoid any poor quality copy-of-a-copy scenarios.

We want the future to be Star Trek, not Multiplicity.