Official: Peter Jackson Is Making 3 Hobbit Films (Whether We Like It Or Not) 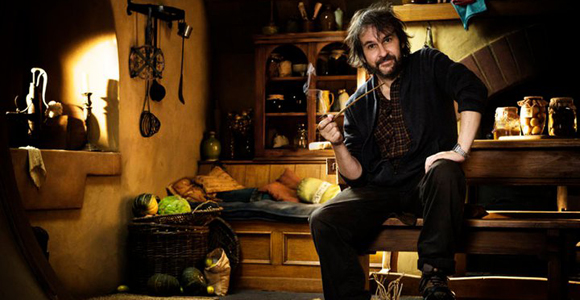 So is the third going to be called The Hobbit: There and Back Again For One More? The Hobbit: An Unexpected Trilogy? The Hobbit: We Want More Gold Than Smaug? I digress, Peter Jackson is officially making three Hobbit films. Read on for details including potential (real) titles.

We don’t have a whole lot to go on right now but it’s been confirmed that Jackson and New Line are going ahead with a third Hobbit movie.

When the rumors first started, Jackson didn’t exactly deny the possibility of a third movie but said, “We are also using extensive parts of the appendices which were published at the end of Return of the King. This is not just The Hobbit— it’s The Hobbit set in a much greater context of events taking place throughout Middle-earth during this period. The material is so rich. In fact only this last week or two, we’ve been talking to the studio about allowing us to shoot some additional material next year, to fully complete the story.” But an unnamed studio representative said the plan was always for two.

At Comic-Con, Jackson wasn’t sure what the new shoots would be for though he theorized it could be for extended editions of the two films. And the very last we heard was that he was talking to New Line about stretching into a third film which, no duh, the studio said yes to.

Here’s what Jackson had to say on his Facebook page:

It is only at the end of a shoot that you finally get the chance to sit down and have a look at the film you have made. Recently Fran, Phil and I did just this when we watched for the first time an early cut of the first movie – and a large chunk of the second. We were really pleased with the way the story was coming together, in particular, the strength of the characters and the cast who have brought them to life.  All of which gave rise to a simple question: do we take this chance to tell more of the tale? And the answer from our perspective as the filmmakers, and as fans, was an unreserved ‘yes.’

We know how much of the story of Bilbo Baggins, the Wizard Gandalf, the Dwarves of Erebor, the rise of the Necromancer, and the Battle of Dol Guldur will remain untold if we do not take this chance.  The richness of the story of The Hobbit, as well as some of the related material in the appendices of The Lord of the Rings, allows us to tell the full story of the adventures of Bilbo Baggins and the part he played in the sometimes dangerous, but at all times exciting, history of Middle-earth.

So, without further ado and on behalf of New Line Cinema, Warner Bros. Pictures, Metro-Goldwyn-Mayer, Wingnut Films, and the entire cast and crew of “The Hobbit” films, I’d like to announce that two films will become three.

It has been an unexpected journey indeed, and in the words of Professor Tolkien himself, “a tale that grew in the telling.”

Well, there you have it, folks. The good news? We get to prolong our fandom for a bit longer than expected. The bad news? We have to wait until Summer 2014 to see the completed films. I’m kind of feeling like Jackson is thinking about the books like Smaug thinks about his gold – there’s plenty and to spare.

No word yet on how this will effect actor/crew contracts. Are you ok with three Hobbit films or is this too much?

Bilbo BagginsNew Line CinemaPeter JacksonThe HobbitThe Hobbit: An Unexpected JourneyThe Hobbit: The Desolation of SmaugThe Hobbit: There and Back AgainThe Lord of the Rings