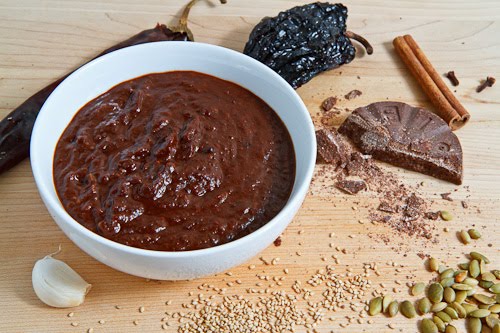 Archeologists have long thought that cacao beans and pods were primarily used in pre-Columbian cultures to make an elite beverage, made by crushing up the beans and mixing them with liquids or allowing their pulp to ferment. But a recent discovery by Mexico’s National Institute of Anthropology and History has shifted our understanding of the ancient food, suggesting that the historical plant might have actually been used as a sauce or condiment much earlier than previously thought.

Traces of chemical substances considered “markers” for chocolate were found on fragmented plates discovered at the Paso del Macho archaeological site in Yucatán during a dig in 2001. The fragments were tested at Millsaps College in Jackson, Mississippi, revealing a “ratio of theobromine and caffeine compounds that provide a strong indicator of cacao usage,” according to a statement by the university.

Although these chocolate traces aren’t the oldest to our knowledge, preceded by beverage vessels found in excavations of Gulf coast sites of the Olmec culture which have dated back to 1,500 BC, they do date back to about 500 BC, long before archeologists thought any culture was cooking with chocolate. According to the anthropology institute, “this indicates that the pre-Hispanic Maya may have eaten foods with cacao sauce, similar to mole,” a sauce common to modern Mexican cuisine that often has chocolate in it. The primary piece of evidence that supports this theory is that the traces were found on a plate, and not a bowl or a grinding apparatus: “This is the first time it has been found on a plate used for serving food,” archaeologist Tomas Gallareta said. “It is unlikely that it was ground there (on the plate), because for that they probably used metates (grinding stones).”

Regardless of what role chocolate actually played in pre-Columbian Mayan cuisine, we’re sure it managed to make everything delicious.