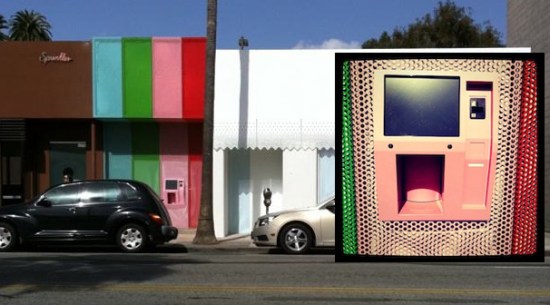 The cupcake ATM doesn’t only dispense cupcakes, for that’d be foolish. It also dispenses cupcake mixes, cupcakes for dogs, and oddly, apparel. The cupcake ATM will be restocked day and night, as Sprinkles said so themselves, so one mustn’t ever fear of going down to the cupcake ATM at 3am only to be confronted with a distinct lack of cupcakes.

(LAist via The Daily What)