No Major U.S. 2018 Animated Films Have a Female Director | The Mary Sue

None of the Major U.S. Animated Films in 2018 Have a Female Director (Again) 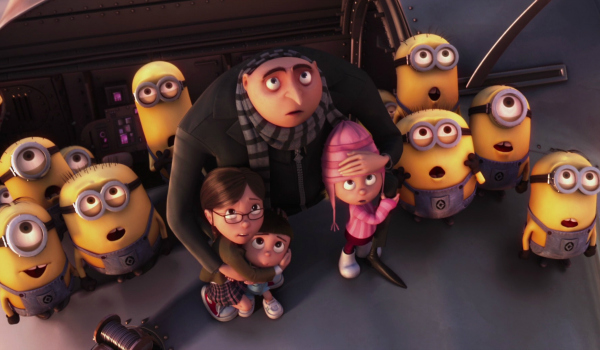 Efforts to include more women has been a challenge in the animation industry, a fact illustrated by incredibly depressing numbers. Unfortunately, it’s looking like 2018 is not going to be much different.

Cartoon Brew took a look at the upcoming major U.S. animation releases for 2018 (major meaning they would be screened in “over 1,000 theaters at the same time”), and found of the 12 known films, every single one would be directed by a man. For the second year in a row (seriously, I could copy-paste that exact article). The number is painfully in line with the fact that 99% of all Hollywood animated films have had male directors. While a woman co-directed at least 1 film in 2016, 2014, and 2012, this last decade Jennifer Yuh is the only one to have solo directed a film back in 2011.

There was a lot of backlash in 2016 when a Hollywood roundtable of white men in animation discussed representations of women and people of color. This year, we saw the reports about Pixar’s co-founder John Lasseter’s alleged sexual misconduct and harassment, as well as Rashida Jones stating she left Toy Story 4 because of “philosophical differences” when she found a culture where women and people of color did not have “an equal creative voice” at the company. Jones had said:

“We encourage Pixar to be leaders in bolstering, hiring, and promoting more diverse and female storytellers and leaders. We hope we can encourage all those who have felt like their voices could not be heard in the past to feel empowered.”

In light of these revelations, it is unfortunate that the major animation companies have not made active efforts to include female directors. When the industry’s disparities are so public and damning, the lack of women in the directing seat continues to send a frustrating message. It hurts especially when coming from companies that have created some of our favorite stories about young female heroes persevering and fighting for their dreams.

Foreign films, Cartoon Brew notes, tend to do better with five of the fifteen films under Academy Award consideration having women directors, three of which are solo directors. Groups like Women in Animation continue to create community and fight for women in the industry, but it seems like studios refuse to listen.