"Our work is twofold" 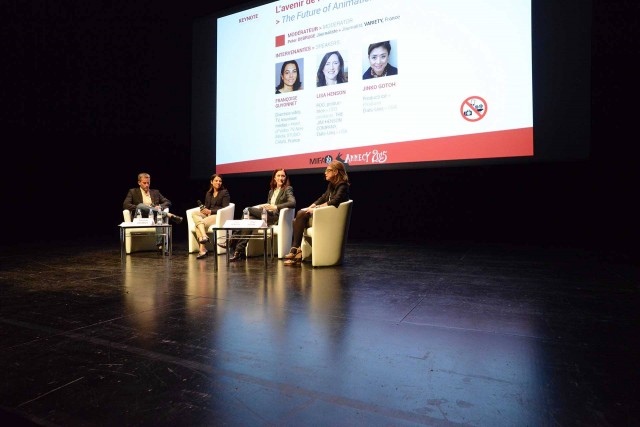 Last night, Women in Animation (WIA) presented at the Annecy International Film Festival to speak about the lack of women in the animation workforce. Indiewire reported the stats WIA complied:

Though a study suggested that women make up the majority of students at animation programs today, research compiled by the Animation Guild note that female creatives total only 20% of the workforce. Women make up a scant 10% of animation directors and producers, 17% of writers, 21% of art/designers and 23% of animators. Things are no better in Canada, where women make up 16-18% of animation creatives.

They also noted that Jennifer Yuh Nelson (Kung Fu Panda) and Jun Falkenstein (The Tigger Movie) were the “only two female solo directors to helm US-produced animated features in the last 15 years.” They’re numbers that don’t really surprise anyone anymore, which is sad.

Co-president Marge Dean and keynote speaker Lisa Henson both spoke about reasons for these discouraging numbers and ways to remedy it. Dean emphasised the need to actively hire more women and for women to “step up to the plate” (via Indiewire):

The numbers are out of proportion because there has been very little work done to intentionally change the status quo. Most hiring in entertainment is risk-averse, where people hire who they know. It’s easier, but what that leads to is the hiring of the same people and, up until recently, primarily men.

Additionally, women have been trained to be artists in animation schools but not to be leaders. They need to be encouraged to be brave enough to step up to the plate. As Lisa Henson said in her keynote address last night, ‘Women love to help make things happen and nurture projects… but my experience is that young women are not brave enough to say I want the film to be my film and I want to be the director.’

Our work is twofold: Get the industry to make the extra effort to find the new untapped talent available, and then get the women to have the courage to see themselves as creative leads and pursue that goal.

WIA hopes to have a “50-50 ratio” by 2025 and hopes that the addition of more female animators will also bring about more varied and positive representations on screen.

(via Indiewire, Image via Women in Animation)