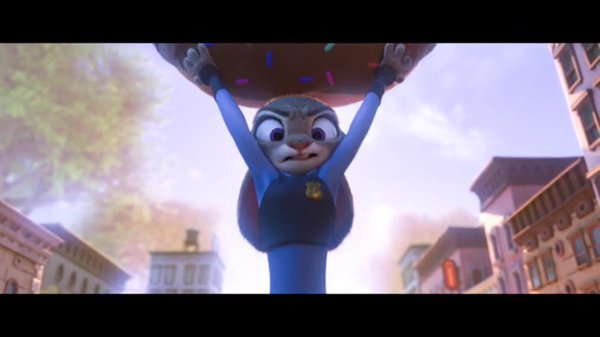 Were female directors given equal opportunities to direct animated features in 2016? No. Will we learn from our mistakes in 2017? Also no.

While this year saw a huge number of great animated movies, many of which starred interesting and adventurous women (Moana, Long Way North, etc.), the fact that only two Oscar-eligible films included a female director or co-director was a glaring problem. Even though a lot of women had prominent roles as writers, animators, or authors, they were conspicuously absent from the director’s chair. This was only cemented by an animation roundtable on The Hollywood Reporter that densely attempted to talk about representation with seven white men. With the spotlight on this disparity, it’s even sadder to see the numbers in feature animation in 2017 drop. When you want to see different and new stories on-screen, it only makes sense that you’d also bring on a diverse team behind the camera.

Cartoon Brew looked at the features coming up next year, and found that 100% of animated films in the United States would be directed by men (with nearly 1/3 being first-time feature directors). Of those, Carlos Saldanha of Blue Sky is the only non-white man. When you look at the international films, Nora Twomey of The Breadwinner is the only solo female director.

While this sounds like a depressing number, the saddest part is that it’s nothing new. For instance, 2014 and 2015 didn’t see a single female-directed animated feature. After they broke the numbers down even further to show that since 2010 only 4 of 92 animated films (with releases in over 1,000 theaters) have had female co-directors and only 1 has been directed by a woman–Kung Fu Panda 2 by Jennifer Yuh Nelson, who makes up a significant number of the co-directing numbers as well. Yuh is currently working on her live-action debut directing the adaptation of Alexandra Bracken’s Darkest Minds.

As a result, the animation we’re seeing on television from women like Daron Nefcy on Star vs. the Forces of Evil and Rebecca Sugar on Steven Universe feel even more important, as do upcoming films like Meg LeFauve’s Gigantic which comes out 2018. Still, it’s frustrating that the number is so low and unfair that these women are exposed to so much more scrutiny and pressure as female creators. Just as in live-action, female directors shouldn’t be seen as inherently “riskier” and you don’t have to look far to find qualified talent, if you only tried.

Ultimately, listening to female animators is essential when we’re talking about this industry and how to change it. Women in Animation points out that while women make up a significant amount of animation program, they hold only 20% of creative roles. Their 50/50 by 2025 initiative aims to achieve 50% within the decade. I’m still going to see a lot of these movies in 2017 and I’ll probably love a lot of them, but as I said about this year’s animated films, it’s upsetting to see stories about adventure, following your dreams, and inspiring children from an industry that doesn’t give the same opportunities to women.