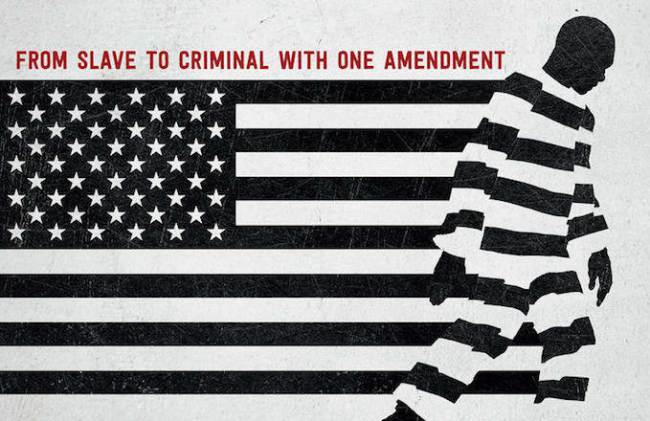 Ava DuVernay’s Oscar-nominated documentary 13th is an in-depth look at the United States criminal justice system, and should be mandatory viewing.

The title refers to the 13th amendment, which outlawed slavery and examines the links between slavery and modern mass incarceration. The documentary first premiered in October on Netflix and is now available for public screening access as part of the streaming service’s community screening program. This means it can be screened for educational purposes in communities, as long as no admissions are charged. Other films available for public access include Extremis, The While Helmets, The Ivory Game, Winter on Fire, Audrie and Daisy, and Into the Inferno.

We have been overwhelmed and inspired by the response to 13th from people of all ages. Communities across the country are feeling the full weight of this particularly divisive moment in time. And, when some are capitalizing on this fear, we are especially inspired by the next generation, who are able to acknowledge the complex system they have inherited while simultaneously vowing to change it. Like DuVernay, they understand that we must come face to face with our past before we can fix our future.

Alongside other powerful and timely documentaries, it’s great that Netflix is making these films more accessible. These are films for social change, so taking them to classrooms and other spaces is essential. Have you seen 13th yet?

(via The Hollywood Reporter, Image via Netflix)