13 Reasons Why May Do More Harm Than Good, Say Suicide Awareness Groups 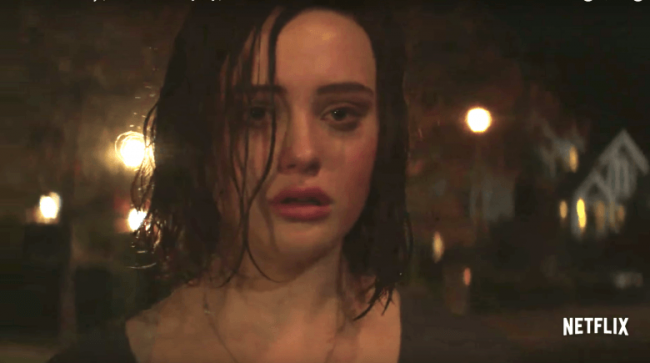 Suicide awareness groups have expressed concern over Netflix’s new drama, 13 Reasons Why. According to groups, the show—which dives into issues like rape culture and teen suicide—may actually end up “doing more harm than good.”

As with nearly any portrayal of suicide in a dramatized fashion, there is a very real worry that the presentation of suicide may end up romanticizing the notion. Dan Reidenberg, executive director for Suicide Voices of Education (SAVE), said his concern was “that young people are going to overidentify with Hannah in the series, and we actually may see more suicides as a result of this television series.”

For those who might not know, 13 Reasons Why is an adaptation of a novel, which is a story that centers on a teenage girl named Hannah, who leaves behind cassette tapes explaining the “13 reasons why” she killed herself. Each of the tapes focuses on the people who drove her to her decision to take her own life. Normally, such a show might not cause so many ripples within suicide prevention groups, but the fact of the matter is that the show simply doesn’t dive deep enough into the issues at hand. Reidenberg went on to explain, saying, “The show actually doesn’t present a viable alternative to suicide, the show doesn’t talk about mental illness or depression, doesn’t name those words. My thoughts about the series are that its probably done more harm than any good.”

As Chelsea Ennen explained in her essay that explains how 13 Reasons Why came up short in this regard, the show simply does a disservice to those who might be struggling with suicidal ideation and thoughts. Failing to address mental illness or depression seems like a glaring oversight, one that honestly comes off as a bit careless. I don’t know whether or not the creators went out of their way to avoid talking about such issues, but the fact that they don’t just comes off as disappointingly irresponsible.

The Jed Foundation, in partnership with SAVE, has created a set of guidelines and tips for parents, guardians, or other authority figures who know a teenager that might be interested in watching the show. You can probably think about the tips as talking points, or things to discuss and make clear before dealing with the content at hand. (Sidebar: hey, this is why we talk about having trigger warnings, it’s not to avoid such content, it’s so that we can actually be prepared to talk about it.)

It’s worth mentioning that the show, as presented on Netflix, also has an epilogue where the stars of the show gather to discuss the issues at hand. Selena Gomez, who co-produced the show, said during the epilogue, “We wanted to do it in a way where it was honest, and we wanted to make something that can hopefully help people, because suicide should never, ever be an option.”

If you’re thinking of harming yourself or if you’re dealing with suicidal thoughts and ideation, please know you aren’t alone. Here are a few hotlines and dedicated texting numbers you can reach out to for help: