13 of the Best Fantasy Songs | The Mary Sue 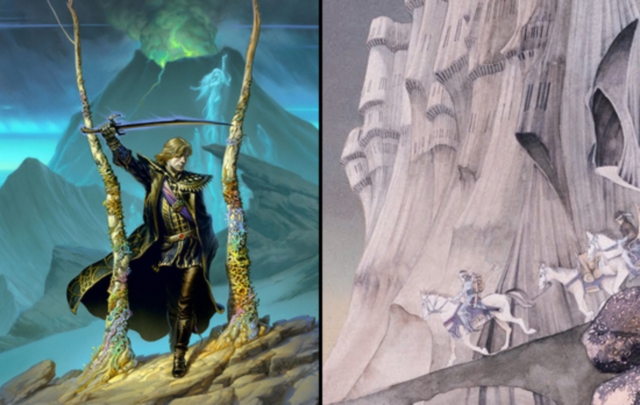 Fantasy finally started to hit the mainstream when 2001’s The Fellowship of the Ring turned out to be an amazing film, but short of movie soundtracks and video games, music with fantasy themes never really did. Science fiction crops up now and again in the pop culture zeitgeist, mostly in film, but for some reason fantasy remains a harder sell to serious-minded adults. Kids? Sure. Harry Potter and all that. But oh man, there’s so much out there, and a lot of it’s in music. You absolutely need to know about some of the amazing fantasy songs that exist, so that plausible deniability can no longer be your excuse.

I consider fantasy to be the underdog of speculative fiction. Sci-fi typically asks, “What if this happened?” but fantasy usually asks, “What if it had always been this way?” — a pretty cool distinction, even though the two often overlap.

Of course, fantasy takes many forms. It could be Tolkien or D&D-style high fantasy stories, fantasy twists on the real world, or just some sort of fairy tale. In the end, it’s the logic, the magic, and the mystery that sets it apart from science fiction. There’s less of a concern for “how” and more on “why.”

As with sci-fi songs, there are scads more out there than I can possibly talk about here. Bands whose full discographies are devoted to imaginative, fantastical storytelling. But in the interest of time — yours and mine — here’s a good start. I’m excluding most film or video game soundtracks because that’s too easy. And because otherwise I’d be padding this slideshow with music from Willow or Labyrinth, and you don’t want me to go there.