Holy Crap, Are We Going to Find Out Who the 12th Doctor Will Be on Sunday?

It's too soon! I'm not prepared! 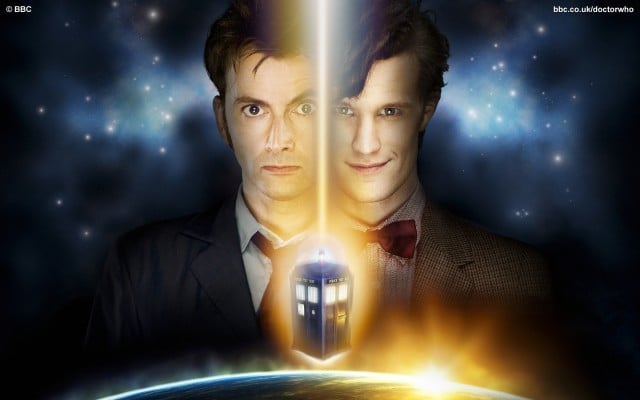 What fire is in mine ears? Can this be true? Apparently the rest of the Internet seems to think that on August 4th, outgoing doctor Matt Smith and show runner Steven Moffat will take to BBC and announce the name of the actor (or actress, if you’re a lady actor who prefers that term) picked to take on the mantle of Doctor Who.

The rumor apparently first picked up steam when Metro published a story about the supposedly upcoming announcement on BBC One at 7pm UK time (BST). The article was immediately yanked off line, but as we all know, nothing can be erased from the Internet and there’s obviously a Google cache of the page.

The MSN UK Entertainment Twitter also teased something similar — perhaps indicating that Metro article was supposed to go up after this midnight announcement?

#DoctorWho fans. There will be an announcement at midnight. That’s all I’m saying…
— MSN UK Entertainment (@msnents) August 1, 2013

According to the article, which quotes Controller of BBC Drama Commissioning Ben Stephenson, casting was done under the moniker of “Houdini” (Oh, you guys). BBC also supposedly went to the trouble of faking the TV listings for this week to keep this announcement a secret, suggesting that the 7pm timeslot would belong to an episode of “Celebrity Mastermind.” British readers, is that an actual thing? Or is the BBC just really proud of its own cleverness right now?

If this rumor is true, all those interested across the pond will know the identity of he 12th doctor at 11am PST, 2pm EST. This will naturally be followed immediately by everyone else in the world knowing as well, because the Internet.

UPDATE: It’s official now! The announcement will be happening, according to the BBC website. It will also be simulcast live on BBC America for those of us who live across the pond. Get excited, nerds.

(via Bleeding Cool, image via BBC)