Zynga to Unleash CityVille Upon the Masses 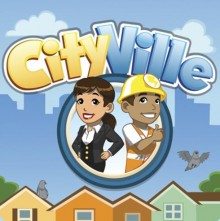 Zynga, the developer responsible for unleashing FarmVille on your parents, has just announced a beta for a new entry in its never-ending -Ville franchise, CityVille. At least now, if you’re sick of farms and frontiers, you can move on up to the big city and do all of the same stuff from the previous two games under streetlights.

CityVille is set to be Zynga’s first title launched internationally, debuting in English, French, Italian, German and Spanish. One will be able to access CityVille outside of Facebook from its own website, though the game will still require Facebook Connect to log.

GM of CityVille Sean Kelly inadvertently poses an interesting question regarding CityVille’s gameplay if you take his statement literally, “Instead of harvesting crops you’re harvesting your neighbourhood, instead of clearing your friend’s frontier you’re working on a friend’s franchise.” Harvesting neighborhoods? Like, the families? That’s a game to play, right there. How long until Zynga cashes in on the zombie fad and allows you to literally harvest neighborhoods with a ZombieVille?

One can’t help but wonder what comes next in the evolutionary chain of -Ville games: From farm, to frontier, to city, then on to CountryVille, to ContinentVille, to SpaceVille, right?

(via PCWorld and GamesIndustry.biz)